Another SkepchickCON has come to a close and this year was one of the best ever. As usual, our merry band of Skepchick Network contributors walked the halls of CONvergence in some top notch cosplay.

Mad Art Lab‘s Beth realized two nights before SkepchickCON that she had not put together a cosplay yet. She made a Target run and ended up creating most of the pieces of her costume in her hotel room during the con using just foamcore, glue, tinfoil and electrical tape, resulting in this badass River Tam. 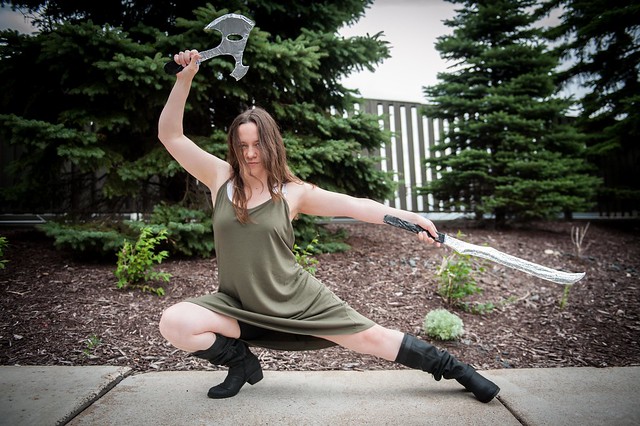 Fellow Labber Ashley donned a faux-fur coat in the Minneapolis summer to bring you Ygrette, 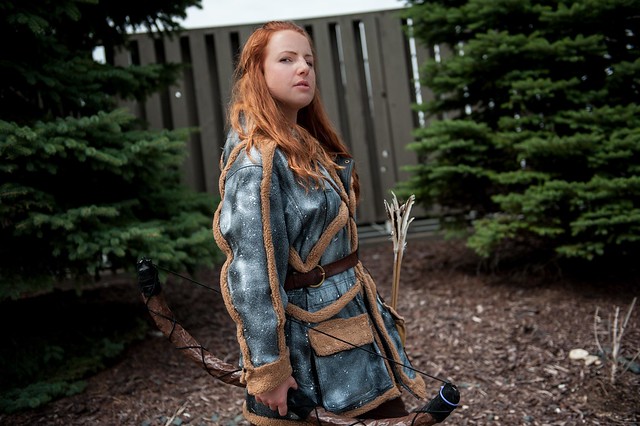 But don’t worry because she’s not going to let John Snow get the best of her (even if he’s got Ghost on his side). 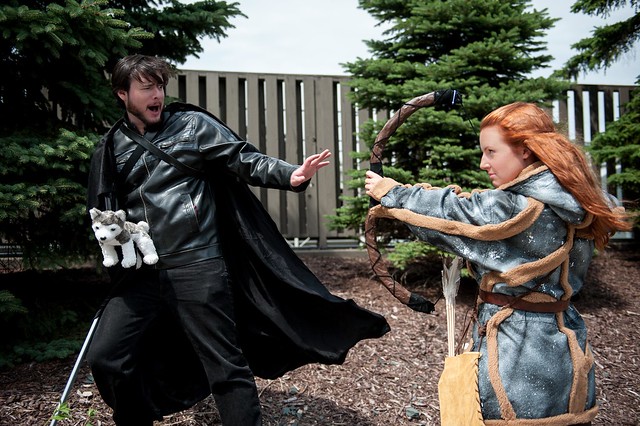 Emily celebrated the 4th of July SkepchickCON-style with her version of a steampunk Captain America. 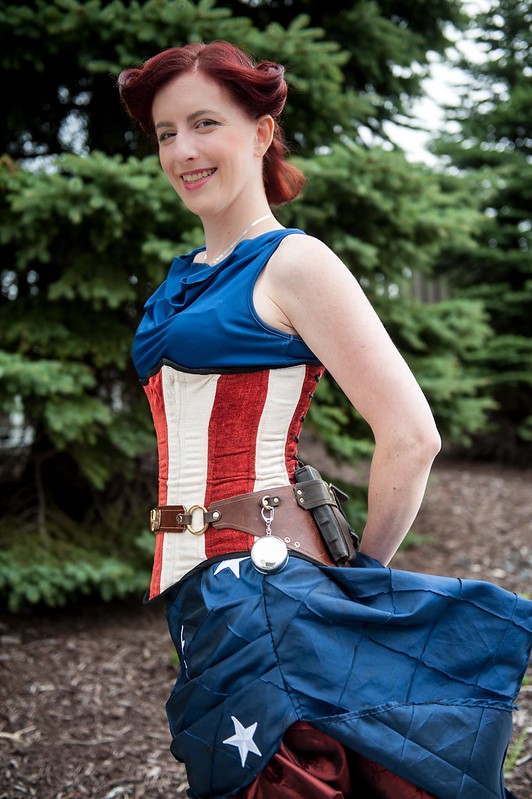 In between running sandboxes and doing her drink demonstrations, Anne cosplayed as various Orphan Black clones, switching between Sarah, Alison and Cosima throughout the day. 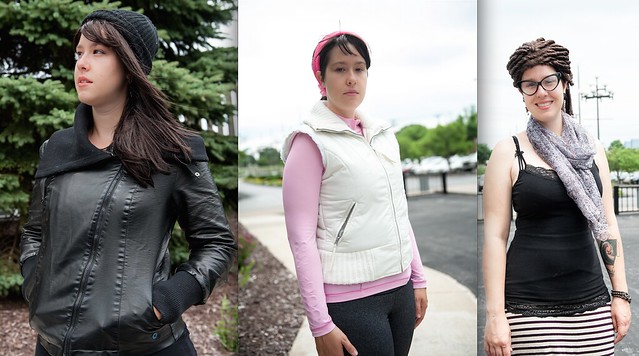 As usual, Ryan showed us all up with his excellent Gambit, complete with creepy red eyes. 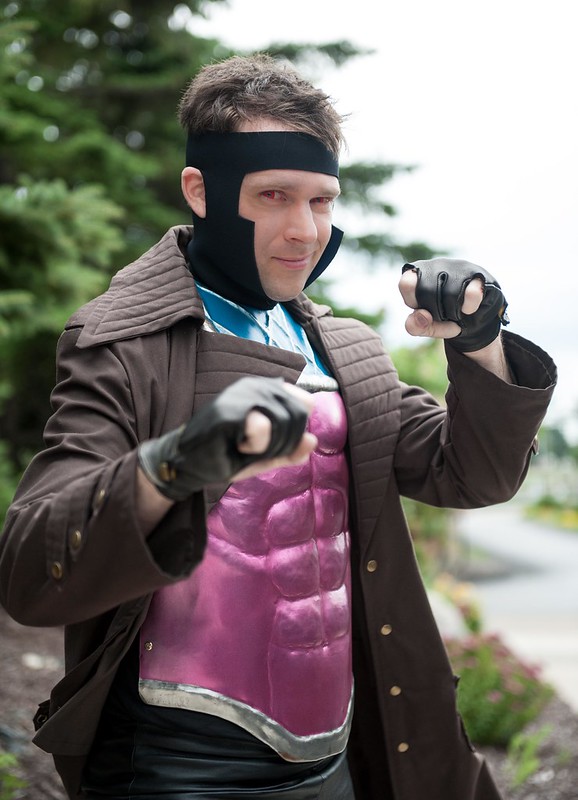 He also regaled us again as his now-famous Slave Leo, seen here being captured by Darth Shakespeare. 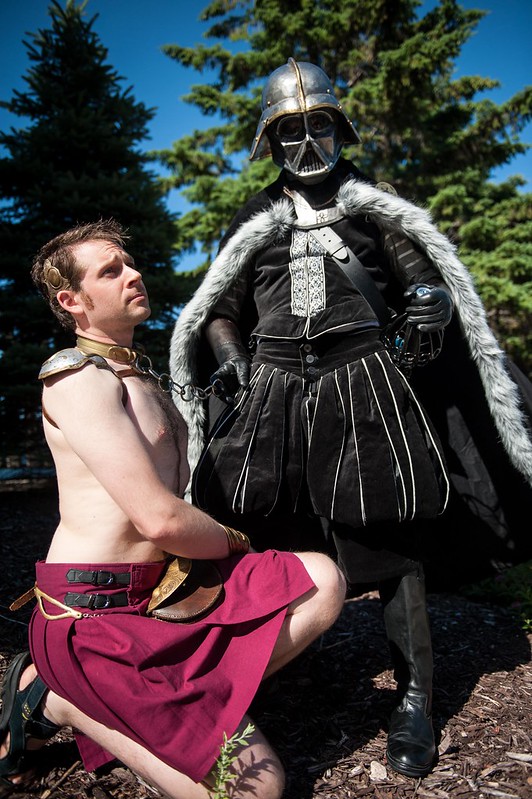 Mad Art Lab weren’t the only Skepchick Networkers in some great cosplay this year. In fact, many of our Skepchick Prime contributors were inspired.

Our own Heina did a great Carmen Sandiego, seen here with her arch nemesis Waldo. 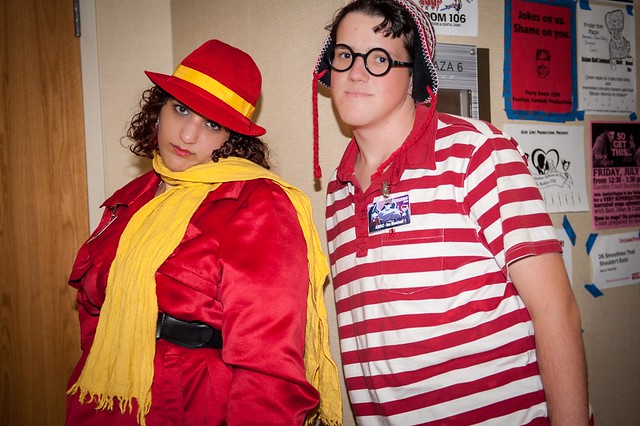 And even I got in on some cosplay this year. Here’s my Ripley ready to go kick some alien ass. 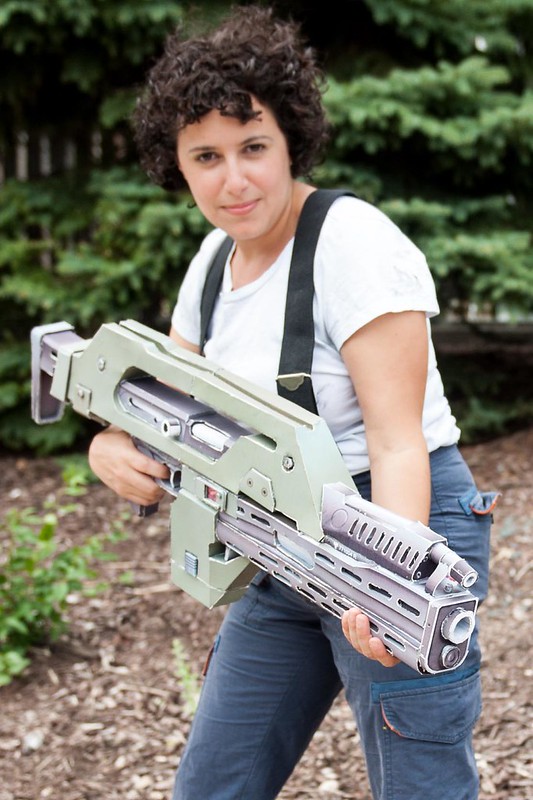 And I donned some black lipstick for my rendition of Death, seen here with Barnabas and my siblings Destruction and Delirium. 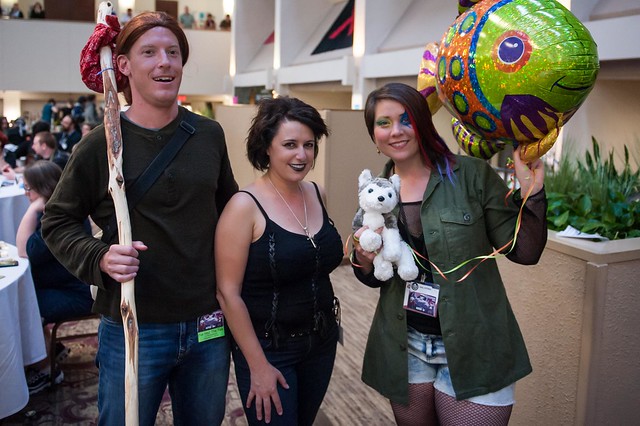 But as always I’ve save the best for last. I bring you now Skepchicks + friends as the cast of Orange is the New Black 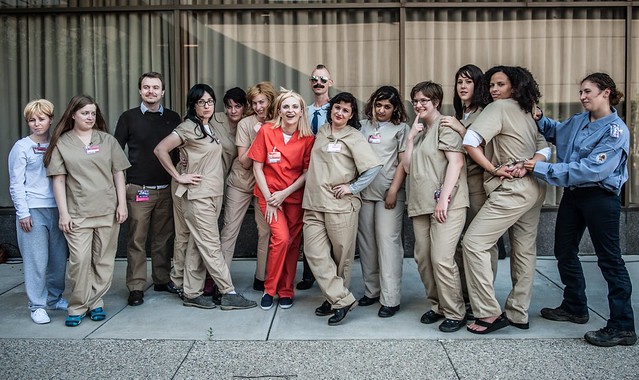 What did you do to get handcuffed this time Tastee? 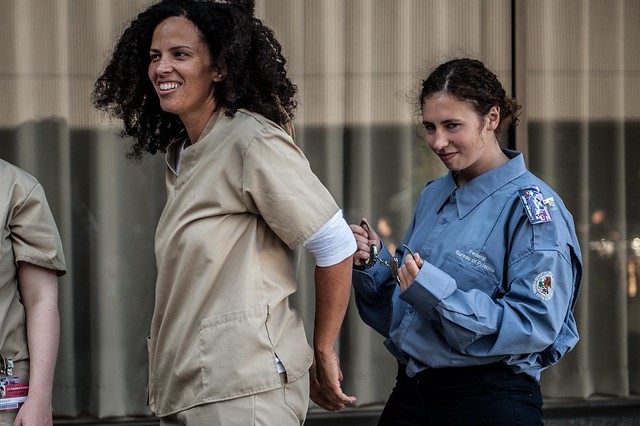 Nikki is giving some love to Morello 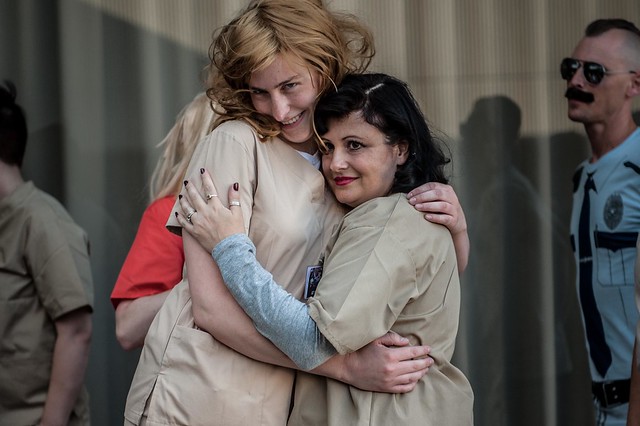 Yoga Jones is leading the group in some yoga with some help from Big Boo. 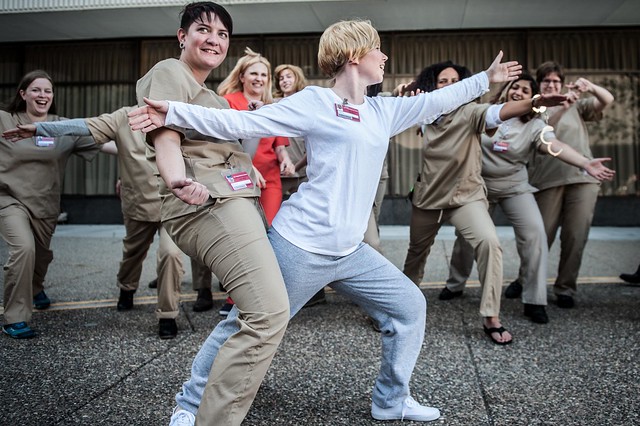 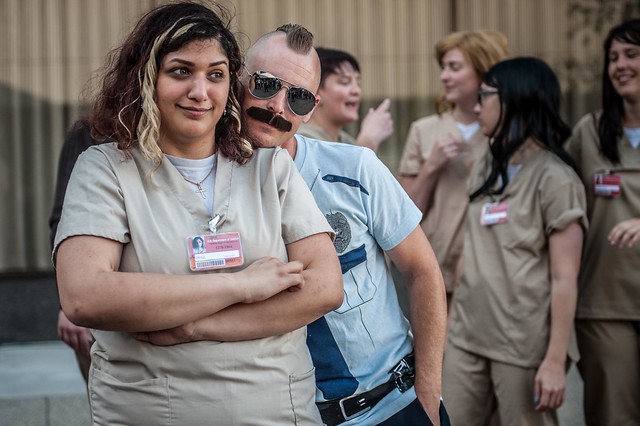 Piper is torn between Larry and Alex. 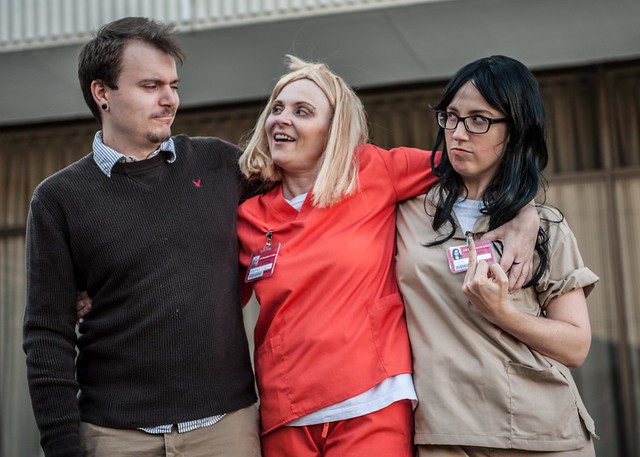 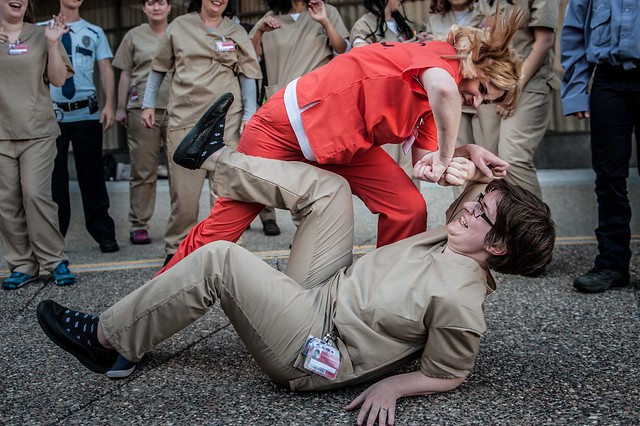 And whatever is happening here. 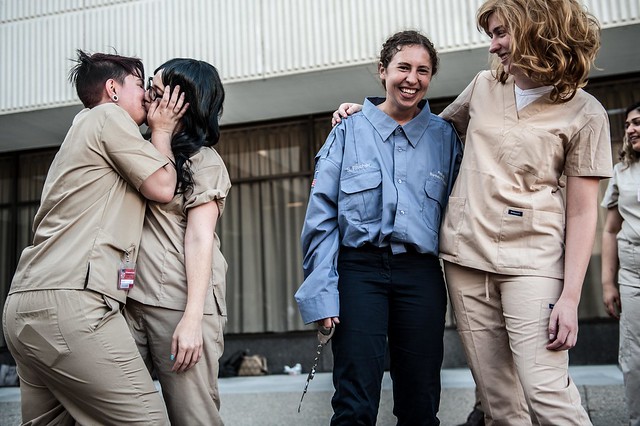 There are a lot more SkepchickCON photos where these came from. They’re all posted over on my SkepchickCON Flickr Set. This has been another great SkepchickCON. Hope you’ll all be able to join us at CONvergence next year for SkepchickCON 2015!