I’m cross-posting this event recap from Boston Skeptics, since this has been such a great week for Skepchick get-togethers!

Yesterday’s field trip to the Museum of Science was a big success! We had about 40 people show, which I thought would be a logistical nightmare but which turned out to be completely awesome. The Mythical Creatures exhibit was well done with appropriately skeptical and sciencey explanations, and lots of unicorns. The Science of Fear exhibit was, okay, not particularly scary to most of the group but still fun. 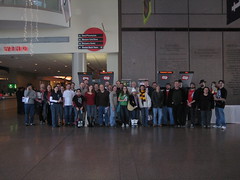 We saw two really entertaining shows: one was the indoor lightning demo with the Van Der Graff generator, which included the presenter telling everyone to not just take his word for it, but to explore and experiment and understand for ourselves (but maybe not with a Van Der Graff generator). We also saw a great optical illusions show with a presenter who we all immediately tried to convince to come to Skeptics in the Pub (he might!). A sample of his talk: “You think you can taste chocolate? YOU DON’T TASTE CHOCOLATE, YOU SMELL IT!” He was wonderful.

We also saw one really, really lame show, but that didn’t really count because technically it was just a tree talking at us.

After the museum, we hit Porters Bar & Grill for boozy fun. The one big disappointment was that our speaker, Barb Mervine, was literally trapped in New Hampshire with no power or phone thanks to an ill-timed ice storm. So, instead of hearing about UFOs, we were forced to talk to each other. Oh, the humanity!

More photos and favorite moments after the jump. 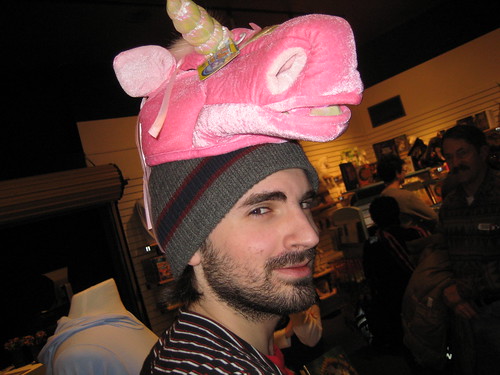 Photos weren’t allowed in the Mythical Creatures exhibit, so I took this photo of a Jaredcorn out in the gift shop. 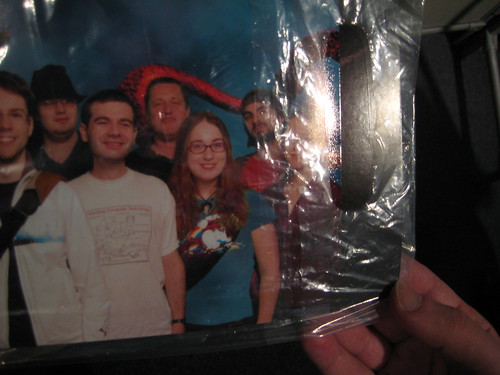 Before entering the exhibit, they took our photo in front of a green screen that happened to match my shirt perfectly. I found this more amusing than I should have, but not amusing enough to pay $20 for the photo. 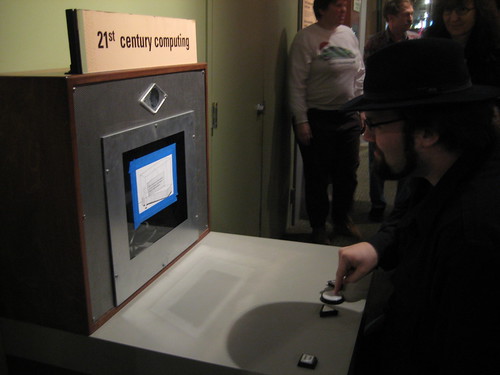 The 21st Century Computing exhibit was borked. As Blake Stacey proclaimed, “Look, a Windows Vista display!” Luckily, we had our own IT guy there to fix it. 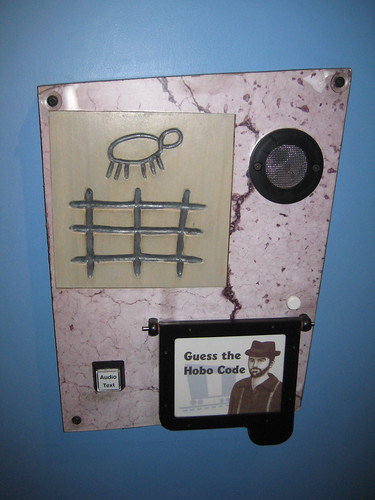 Perhaps my favorite was this Hobo Exhibit. Can you guess the hobo code? Here’s the answer. Later on, we found ancient hobo codes as well. Why have I only just noticed that the hobo looks like Josh (above, IT guy)? 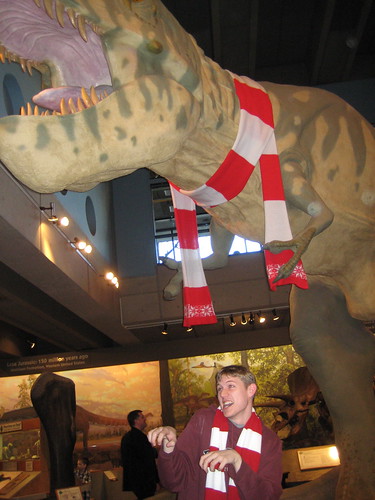