Last night’s meet up was a whole lotta hilarious! Thanks everyone who came out, especially those of you who came out for the first time!

While I appreciate all the talk of my boobs, next time feel free to talk about other skeptical topics as well.

Alex suggested someone take minutes at the next meet up to make my post-meet-up write-up job easier, which may have been helpful this time but I think the night went: beers, food, beers, jokes, Elyse sucks at math, beers, laughter, boobs, beers, pictures, beers, America the Beautiful references every 15 minutes, beers.

There was a rumor of a suggestion to steal my camera to take obscene pictures that was voted down for fear of offending me. The only thing I’m upset about is that now I have no obscene pics to post (except Gerg’s finger which you can see after the fold.): 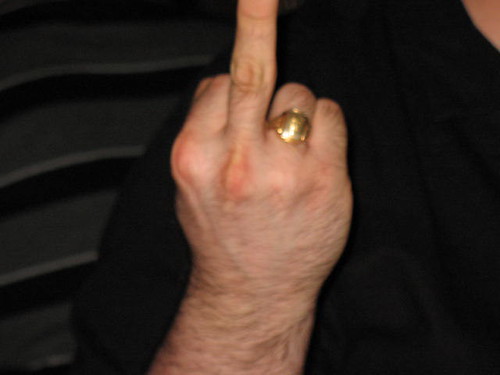 I must apologize again to anyone whose reality was completely shattered upon the realization that I am, in fact, not a cartoon in real life. The cartoon is only my online persona.

It was a great time! I’m going to have to write more later because I’m working on VERY little sleep… I didn’t get to bed until 7:30am and right now the whole night is sort of a blur. The good news is that, although I suck at math, I apparently ROCK at field sobriety because I TOTALLY nailed that test at 3am.

Check out the photostream 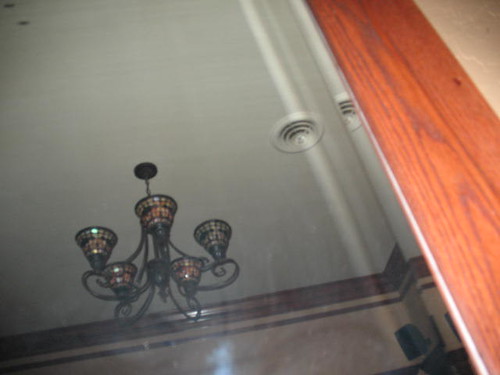 I tried to see if any skeptical ghost orbs showed up to our event, but sadly, they were absent. 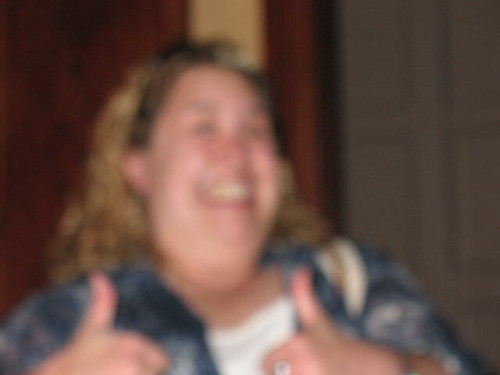 Louise shows up blurry because she is half vampire and a non-skeptic (and from Indiana, but we like her anyway) 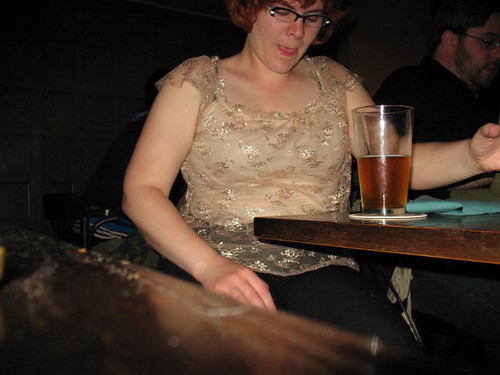 Jodie‘s boobs got the conversations going. Yes, it all started with Jodie’s boobs. 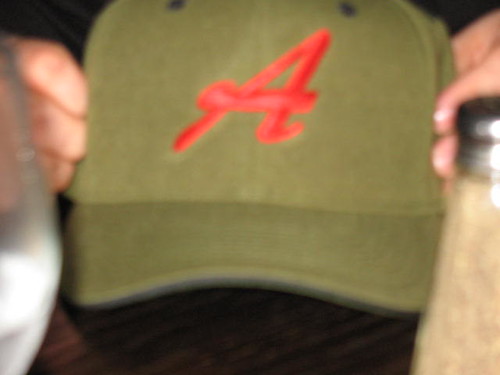 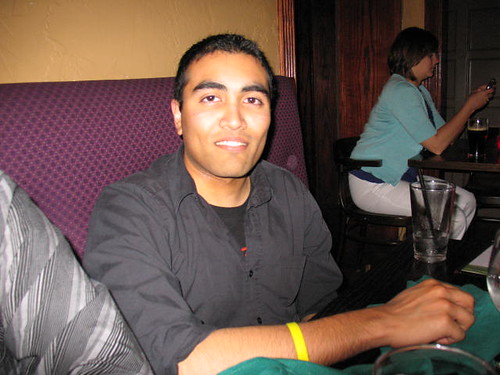 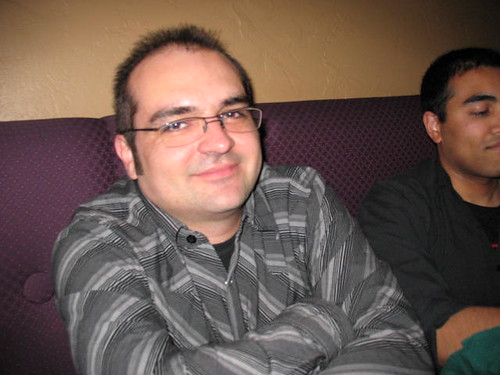 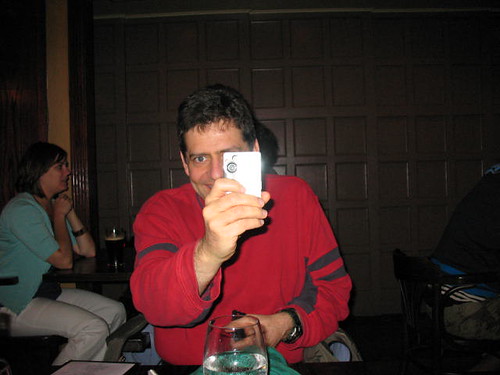 I think William has the companion photo to this one somewhere. 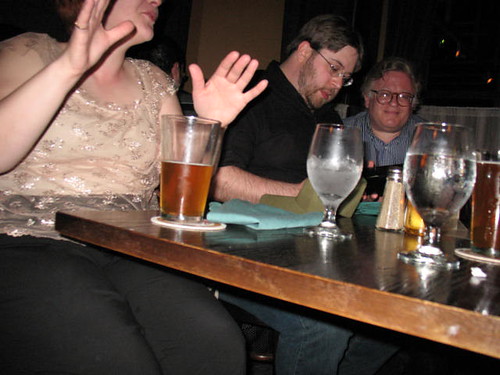 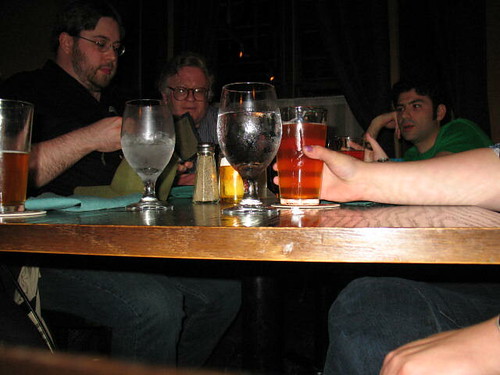 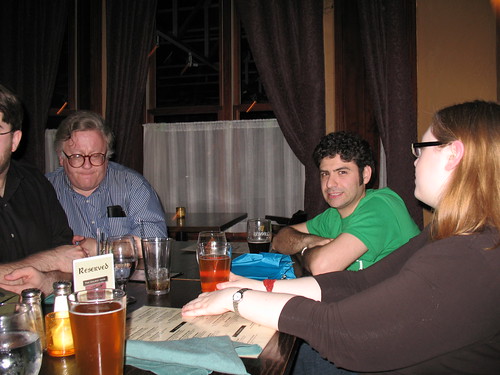 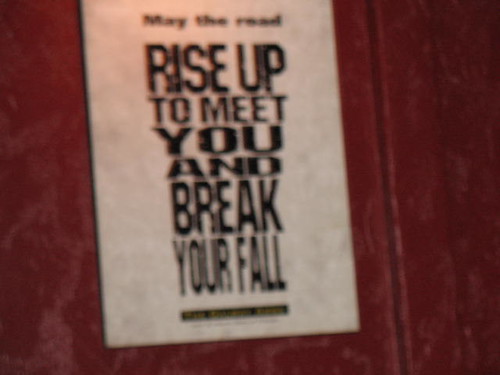 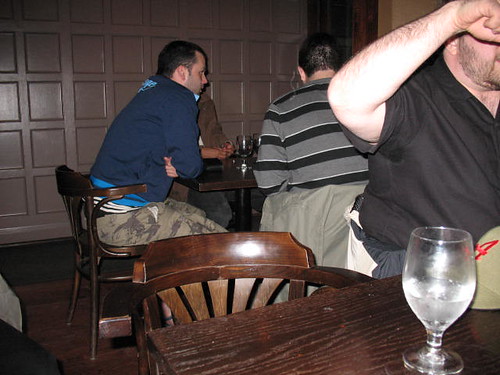 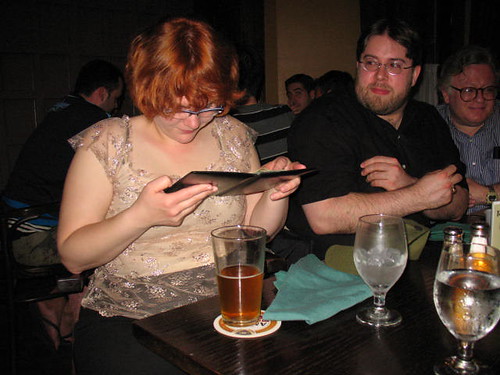