Last night I started seeing posts pop up in my social media feed from a bird watcher who was accosted by a white woman while watching in Central Park. It absolutely broke my heart. Take a look at Amy Cooper’s shameful behavior:

The birdwatcher that posted the above video is a nature advocate, science editor, and board member of the New York Audobon Society. I got into birds years ago when I read Neena’s Schwartz’s autobiography A Lab of My Own. I love bird and wildlife spotting as an amateur and I would love the opportunity to learn from him. Look at how passionately he discusses birds.

This is Christian Cooper. pic.twitter.com/gOQyVztX5h

The woman in the first video has her dog off-leash in a part of Central Park known as The Ramble. It’s a cool little oasis in the middle of urban sprawl. It’s full of beautiful, intentional plantings and is home to lots of wildlife.  The Ramble is one of my favorite New York City spots. It’s near where my brother works in the city (relatively) and I always try to find a reason to go peek. It’s amazing to me to see what thrives there, and it’s always a time to reflect on how our own tolerance has evolved, as a country. Part of why wildlife thrives there is because pets are required to be on their leash and people are supposed to walk on the trails. It’s the ultimate social contract. Wildlife and nature thrive in the city because people are expected to be decent.

There’s nothing threatening about the birdwatcher, but she knows the power of the threat of police contact. She makes his race abundantly clear in the interaction, wielding it as a weapon against him. She calls the police and tells them, “There’s a man, African American, he has a bicycle helmet. He is recording me and threatening me and my dog.” This man has broken no laws. He only had the audacity to point out that she is, in fact, breaking the law and shitting on the social contract that keeps The Ramble beautiful for everyone. She reminds him of his place in society by continually making an issue of his race. She is reminding him that white people have the privilege of deciding which laws are applicable to them and brown people are servants only to the whims of the white majority. I am glad he had his cell phone camera, for his own protection from people like Amy Cooper. Amy Cooper has since apologized, probably because of the public outcry, and I am having none of it. The way she uses “African American” as a swear word tells me that her entitlement runs deep down to her very core. She was willing to send an innocent man to jail so that her dog could get some exercise. Her dog’s freedom is more important to her than the freedom of the man who recorded the video.

She is disgusting. She apologized, using the most hollow of words. She’s not a racist, she was “just scared.” Sit down, Karen. You’ve learned nothing.

Because the internet is such a bounty of information, it took almost no time for people to figure out where she lived, who she knows, and where she works. She’s employed as a vice president by the financial institution Franklin Templeton. People began to wonder whether someone who behaves so unscrupulously around small matters like dog walking, would also have questionable ethics when it comes to bigger issues. This is particularly relevant given her leadership position in the company. People reached out to her employer. They later released the following laughable statement:

In response to an incident involving an employee on May 25th, Franklin Templeton issued the following statement. pic.twitter.com/8f2lMwK0r5

I was curious about this company, so I did a little web sleuthing to figure out who is on their board of directors. Hold on to your seats for the shocker of your life:

I have a strong suspicion that no one in leadership at Franklin Templeton would be afraid to call the police. I think any of them would be shocked and outraged to find themself in the position the birdwatcher found himself in yesterday. I think they would be highly offended if a person of color had the audacity to point out that they were breaking the law and interfering with the rights and privileges of others, but that is speculation. Still, there’s a lot of that going around lately.

Saying “we do not condone racism” is the ultimate cop-out. Who, except the most degenerate among us, actively walks around espousing their hatred for people of color? Not “being racist,” whatever the hell that means, is not the same as being inclusive and non-discriminatory. Being “not racist” has become shorthand for not being vulgar. It’s not the same as creating a culture of diversity. It’s not the same as honoring differences in value, appearance, orientation, and background because that makes us all stronger. It’s not the same as putting in the real work to identify attitudes that lead you to treat people as less than human because they don’t look like you. It’s not the same as identifying and recognizing the privilege that allows people to behave like Amy Cooper did.

In many ways, their statement is as disgusting as what Amy Cooper did because it’s the same as saying “We’ve done enough. We’ve paid our lip service. Can we just sweep this under the rug now?” I cannot believe there are no successful black men and women in finance. I do believe that they are not welcome in leadership at Franklin Templeton and that this perpetuates a culture of white space and brown space, broadly. I do not believe that Franklin Templeton has any interest in evaluating a company culture that opened its doors to someone like Amy Cooper. I suspect they’ll quietly accept her resignation and go back to business as usual.

Finance is inherently discriminatory against people of color, from payday lending, to inequality in accessing investments, to discrimination in mortgage lending. To simply say, “We do not condone racism,” sweeps under the rug the reality that finance has reinforced white privilege and suppressed the advancement of brown Americans for generations.

I can appreciate that this incident really didn’t involve Franklin Templeton, but it’s also an opportunity to reflect and grow. When companies reply by simply saying “We do not condone racism,” they are communicating that they are too lazy to deeply ponder systemic inequalities that lead to the policing of brown bodies. It’s a deflection that communicates, “We acknowledge you’re pissed, but let’s all get back to normal.” There may be something about Franklin Templeton’s culture that allowed someone like Amy Cooper to be promoted into a leadership position. Their statement that they will look into the incident and that they put Amy Cooper on administrative leave is reasonable. Their statement that they don’t condone racism is ridiculous. It doesn’t mean anything and only serves to point the spotlight on their own unwillingness to accept that hostility against people of color is rampant in finance.

Granted, there are two separate incidents here – Amy Cooper’s assault of a man in Central Park, and Franklin Templeton’s lack of diversity that may contribute to the culture of inequity in finance. Franklin Templeton didn’t intend to be in the news, but this may be an opportunity for them to seriously reflect on who they are as a company and how their practices support discrimination toward people of color.

They have an opportunity to define serious steps toward welcoming more people like the brilliant birdwatcher and eliminating the entitlement and privilege to reinforces behavior like Amy Cooper’s. I hope they’ll take advantage of it. 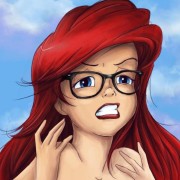