Yeah, I said it. Feminist torture porn. Basically we have two full seasons of the men getting away with every sort of physical, emotional and psychological torture imaginable, with June either blankly staring in resignation or with a barely concealed look of rage on her face. I mean, don’t get me wrong. Elisabeth Moss’s ability to convey emotion with just her eyes is amazing, but for fuck sake it shouldn’t take nearly two seasons for one of those asshole Gileads to get stabbed. I literally cheered when Emily stabbed Lydia and kicked her down those stairs. When Emily stomped that dead guy’s nuts after he raped her was another stand up and cheer moment. All I’m saying is that the writers have shown way to much of these shitheads getting away with it and not enough of the women fighting back.

Who is this show for? If it’s for the men and those who would try to put women back in a bible sized box, then it must be wildly entertaining. If it’s a cautionary tale for everyone, well then we get it. If it’s for women seeing how strong we can be under terrible circumstances, we already fucking know that.

I think the showrunners just want to drag this out for 7 seasons and sure that’s fine, but like this: First season should be about Gilead taking over. Season Two should have been about the women rising up and beating the shit out of everyone who was torturing them. And the rest of the seasons should be about building a society where men are enslaved. OK. Fine. Maybe not that, but at least one where feminism isn’t radical but completely normalized and where women are going through every aspect of the culture with a fine tooth comb and rooting out misogyny.

I watched the first season, then took a long break, just finished the second season and starting the third. This is taking too long. Orf with their goddamned heads, already.

This message brought to you by a woman who would rather see the beatdowns going the other way for awhile. I’m still watching, but please get to the part where we burn Gilead to the ground soon. I’m not the only one who could use the inspiration. 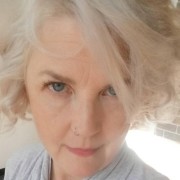