Reading a really good book will give you ideas. When Bethany Brookshire read Mary Roach’s “Grunt: The curious science of humans at war,” she ended up wanting to talk to some of the scientists behind chicken ballistics, submarine sleep schedules and fly curtains. And luckily, two were willing to talk! This week were talking about two weird medical methods that made it from trench to bedside.

First, who hasn’t heard of a friend who went abroad, ate something interesting, and regretted it? We are not talking about brownies in Amsterdam, we are talking about traveler’s diarrhea, the microbial scourge of romantic vacations. But traveler’s diarrhea doesn’t just afflict tourists, it’s also the slightly secret scourge of the military. Bethany talks with Captain Mark Riddle, who studies various forms of military poo and how to prevent diarrhea from spreading.

Next, no fly maggots are pretty, but some fly maggots are useful. Bethany talks with George Peck, a medical entomologist, about the history of using maggots to keep open wounds clean and healing, and why there isn’t a maggot ward in every hospital. 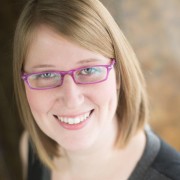 Is Streaming Video Bad for the Environment? IDK, Watch This Video About It

Did Scientists Prove that Spoilers Make You Enjoy a Movie More?

Why Vaping Kills: Prohibition and Capitalism

The iconic children’s book Paper Bag Princess is turning forty. The CBC recently ran a story about how important, revolutionary, and impactful the book was. It spoke to subverting tropes, empowering young girls, and mothers crying over how they wished they’d had it when they were children. The article was great, and you should go read …

Back to top button
Close