Super Tuesday is behind us, and Trump is still wreaking havoc on the rest of the GOP candidates. While Ben Carson won’t be at the debate (although he hasn’t officially dropped out), John Kasich is still inexplicably in this thing, so uh… I guess he’ll be on TV tonight? The debate is being hosted by Fox News, and if you don’t have cable it can be live-streamed on their website.

As with previous debates, most of the air time will probably be spent on Trump, Cruz, and Rubio. If Rubio & Cruz have a shred of intelligence between them (I hear that’s one of the topics to be debated tonight), they’ll focus their time on attacking Trump in any way possible. Expect a lot more of this: 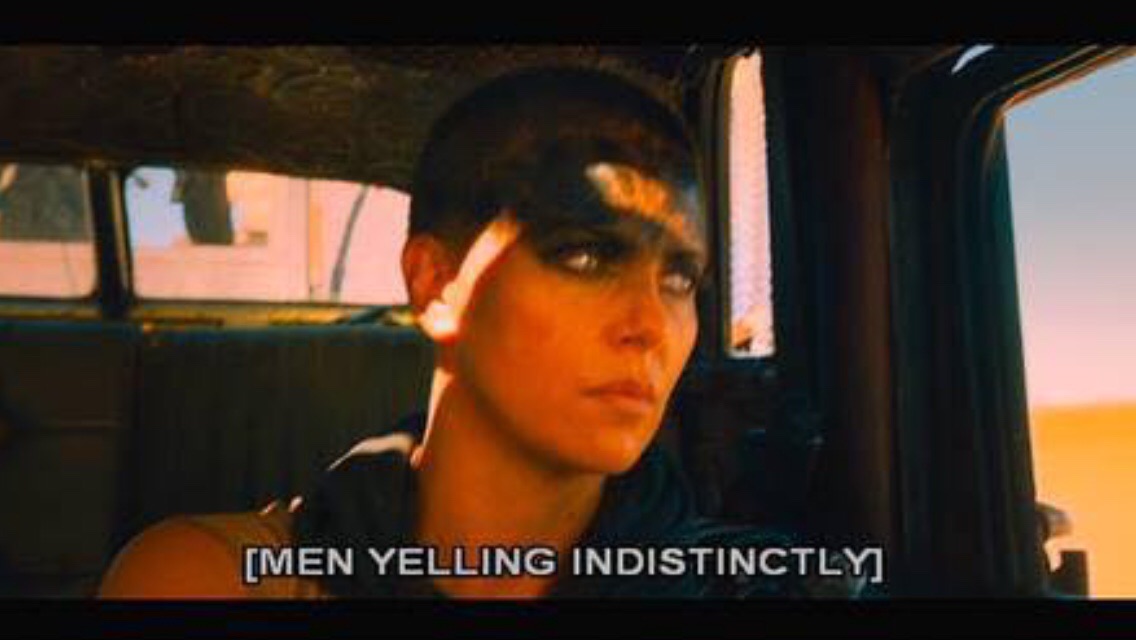 It’s important to keep in mind that even though Trump is winning handily so far, only 29% of the delegates are in. But it won’t be that way for long! After March 15th, over half of the delegates will be accounted for, which means we could have a much clearer picture where the GOP nomination will land (let’s be real, it’s almost certainly going to be Trump).

Tonight will also mark the Megyn Kelly v. Trump rematch, so prepare for more sexism. This will be a rare chance to feel bad for Megyn Kelly – yay?

We’ll be posting updates and hot takes all night, so grab the hard liquor… we’re all going to need it.

I think I saw smoke coming out of Rubio’s gears during his closing statement.

I’ve never been so creeped out by anything, as I was when Cruz said “I will have your back.”

It’s cute how Kasich thinks he could be the nominee. It’s almost over! We can do it!

Trump’s strategy tonight seems to be just yelling “WRONG! WRONG!” over everyone.

Marriage equality is the law of the land. Deal with it. #GOPdebate pic.twitter.com/gPS1BVgipl

Commercial Break Recap of the night so far:

“I really hope we don’t see any yoga on this stage.” – Literally the truest thing anyone has said EVER

“It’s the second amendment for a reason. It came second.” – Rubio, basically

Kasich seemed a little less awful than normal on the gay cupcake question, but don’t forget that Obergefell v. Hodges started out as Obergefell v. Kasich.

“Do gay marriage dissenters have rights?” – Man whose name I forgot, with the stupidest question of the night.

The thing that upsets Rubio the most about the Flint Water Crisis is the politicization. I just have one thing to say to him:

Commercial break! And with it, another gif summary.

Governor Kasich is still here! That is the only update I have on this front, because he has put me to sleep.

Why hasn’t Fox News asked Ted Cruz if he is the Zodiac Killer? #ZodiacTruth

Honestly this entire liveblog could just be a link to this tweet.

Trump’s claim that Trump University has a 98% approval rating is a lie, at worst, and just plain shitty math at best.

Trump is actually right that sometimes politicians learn, and should be allowed to change their minds & grow. But um, that’s not what he did here.

People on Reddit think they “tell it like it is” too, but I don’t want any of them to be president.

Commercial Break! Here’s my gif summary of the night so far:

SENATOR CRUZ, YOU DO NOT GET TO SAY “POP OFF.” Stop trying jack Obama’s cool.

Of course no one will say that Senator Cruz is being uppity.

The crowd at the GOP Debate is outright cheering for torture. Stop acting surprised that Trump is the frontrunner.

The crowd seems to be yelling over the moderator (I forgot bland white man’s name, sorry). Anybody catch what they were yelling about?

My pal Tony on Twitter delivered on the dabbing gifs. It was a terrible as you might imagine it would be at a GOP Debate.

Kids are dabbing at the GOP debate https://t.co/wr1YXEkPTW

Somebody please explain this to me. I’m scared.

I can never unsee this pic.twitter.com/jx0uApPsNM

Twitter is saying that some teenagers behind Megyn Kelly were dabbing. Please send gifs.

Twitter is saying that some teenagers behind Megyn Kelly were dabbing. Please send gifs.

The fact that Trump has written multiple checks to Hillary Clinton says more about her than him, honestly. #sorrynotsorry

Do you guys think we *really* need a president? I mean…

Fox News is DRAGGING Trump on his many factual inconsistencies when it comes to his spending cut plans. I feel… confused?

One of the worst parts of Donald Trump being the frontrunner is that he falsely makes the rest of the GOP look OK. They aren’t.

Trump’s claim that he’s the only one who can beat Hillary is simply false. In fact, he’s one of the worst performers against her, according to aggregate polls.

Megyn Kelly: “After this we’re going to have to go to Governor Kasich.” Megyn Kelly sounds as happy about this as everyone else.

“We’re the only candidate that has beaten Donald Trump over and over again.” Not technically false, he beat Trump four times, out of 14.

Oh dear. Donald Trump just referenced the size of his penis… on national television. The GOP Presidential frontrunner just took time to correct the record ON HIS DICK.

Did Trump just incorrectly call the Ku Klux Klan the KLU Klux Klan – twice? Is this is way of tricking us into thinking he doesn’t know anything about them?

And we’re off! All I think of when I see Ted Cruz is this tweet:

. @tedcruz looks like if someone filled a condom with vanilla pudding and then drew a stupid face on it. #GOPDebate #puddingpolitics