Content Note: This post includes discussions of sexual assault and the experience of being triggered. It also contains a spoiler for episode six of Jessica Jones.

This week we found out that the very popular Netflix show “Jessica Jones” has been renewed for a second season. This show’s first season has been particularly popular in part because of it takes on issues of individual autonomy, sexual assault, and female power highly effectively. It pulls no punches in its depictions of PTSD and rape. The Mary Sue called it “brilliant and brutal,” a description I agree with completely.

However, I only watched the first few episodes of the show. You see, I am a sexual assault survivor and I started watching because I was told I HAD to watch this show. My friends who’d gotten through it in the first few days encouraged me, the people I follow online insisted, and random strangers on the internet went on and on about how crucial it was that everyone watch this show. So I sat down to watch it. I got through the first five episodes somewhat slowly. While my spouse and many friends watched all thirteen episodes over a few days, it took me about two weeks to watch the first five episodes. I was doing okay, even enjoying parts of it. Then I started the sixth episode in a moment when I was already emotionally vulnerable.

In the sixth episode a character who was raped earlier by the villain discloses that she is pregnant. I was immediately in a pretty dark place emotionally. I don’t remember exactly what I tweeted, just that I was trying to express my pain and confusion as I tried to push through continuing to watch the show. Fortunately a friend quickly reminded me: You don’t have to watch this. If this show is causing you pain, you can stop.

I’m incredibly grateful to that friend. I did stop, tried watching something else, and still continued to have a really difficult night, but the worst of it passed. I was sensitive for a few more days, so I discussed it with my spouse, who had watched the whole season before I’d even started. I was trying to decide if I should try to continue to watch the show. Together we decided that no, it would be best for me to stop. They gave me a basic rundown of the rest of the plot so that I knew what happened, and that helped.

The effects of this experience have lasted. It’s been awhile now, but I’m still finding myself resistant to taking in any new and unknown media. I get anxious thinking about watching emotionally difficult movies, or movies I don’t know a lot about. I have been re-reading books instead of starting any new ones. I’ve been watching Steven Universe almost exclusively since this happened because I find it incredibly healing. I’m recovering, and I will get back to new media soon, but the effects of this kind of trigger are clearly long-lasting for me.

When the announcement of the new season came out my Facebook and Twitter feeds were suddenly full of another round of “You HAVE to watch Jessica Jones!” messages from well-meaning people. But no, I don’t have to watch it. Neither does anyone else. People don’t have to watch anything if it won’t be good for them. The same applies for reading, listening, or any other media form. Perhaps you want to avoid these things because they are likely to be triggering for you, as Jessica Jones was for me. Maybe you want to avoid them for some other reason. Just remember that entertainment media is optional. You get to decide for yourself, your social media does not decide for you. 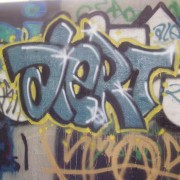 Benny Vimes is a queer polyamorous transman, curious skeptic, and enthusiastic seeker of knowledge. He's an undergraduate student in his 30's and loves teaching people about alternative sexuality and gender issues.