In a much less dramatic fashion than Lady Macbeth, my doctor told me two spots on my face had to go.  I’ve got a lot of spots on my face, but my doctor wanted to biopsy two “irregular” spots – one on cheek and one at my hairline. Yesterday, to collect suspicious spot samples, my doctor used two different biopsy techniques – shave (cheek) and punch (hairline).  A shave biopsy is just like it sounds. A portion of the suspicious spot (or the whole thing) is shaved off, typically using a scalpel.  A punch biopsy, thankfully, doesn’t involve fists.  The punch is made by a disposable tool that, with a push of a button/plunger, extracts suspect skin.

Shave or punch – both of these sound painful.  Luckily, we have chemicals for that! One chemical in particular is often used for such procedures – lidocaine.

My doctor injected lidocaine, a local anesthetic, into the area containing the suspicious spots. Lidocaine stops local nerves from communicating “OUCH!!!” to the brain – just the thing if somebody’s cutting small bits of flesh from your face.  After a teeny sting of the needle, I didn’t feel a thing.  Each now-out-spot was placed in a container of 10% neutral buffered formalin.

A solution of 10% neutral buffered formalin contains 10% (v/v) formaldehyde in a phosphate buffer.  This solution preserves tissues so that when they’re examined days or weeks later, they look as fresh as when first collected.  My now-out-spots properly collected, it was time stop the new holes in my face from bleeding. Stitches are one way to go, another is cauterization. My doctor went with chemical cautery, specifically a product called Drysol® that is a solution of 20% (w/v) aluminium chloride (hexahydrate) in anhydrous ethyl alcohol. 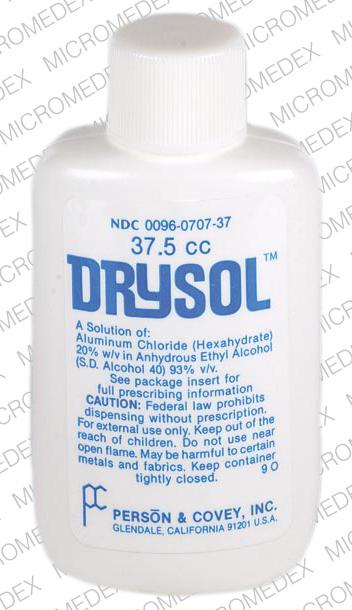 Aluminium chloride is a chemical hemostatic agent, which stops bleeding by causing blood proteins to precipitate, clumping together, and serving as plugs. These agents are good for dealing with small holes, like shave and punch biopsies.

A bandage or two later, I was out the door, with the whole process taking about 15 minutes.  Now, I wait for the results.  During my wait, I may enjoy other chemicals – like a nice solution called Laphroaig 10 Year Old.

UPDATE  The spot on my cheek is just a plain ol’ freckle like the other spots on my face. The spot at my hairline is a benign blue nevus. I shall now celebrate with more Laphroaig 10 Year Old.

Featured image: my mug with a bit of flesh missing

biopsy representations from UCSF’s School of Medicine, Department of Dermatology

DrRubidium is an analytical chemist that spends her days finding needles in needlestacks. Also a science communicator, she focuses on the the science behind everyday stuff and pop culture.