Many a non-activist has wondered what can be done at the layperson’s level to help in the quest to make the world a better place. One answer — to raise your everyday, expressed expectations — may sound like a platitude, but it isn’t. It’s not overly idealistic to believe that raising expectations can change at least the part of the world that exists around you. By making it harder for any oppressive types to be oppressive around you, you limit their scope of influence and thus directly reduce their potential to harm.

What helps oppression, on the other hand, isn’t limited to direct support. There is an insidious form of support that comes by way of often well-meaning people attempting to alleviate perceived distress or dispel perceived ignorance. I’m talking about those whose response to call-outs is a jaded “welp, what did you expect?”

Take the conversation around cis male behavior, for instance. While the “What did you expect from him?” sentiment is usually uttered with the intention of only excusing one cis man’s behavior, the thought behind it is echoed in the cliches that are often misconstrued as feminist thanks to unsavory stereotypes.

Men are all pigs who want just one thing. Men just aren’t as evolved as women. Men are big babies. Typical of men, amirite? What did you expect?

The sentiment behind commercials that portray them as bumbling does not lead to cis men being banned from, say, entering china shops. The notion that they will have sex with anything and everything has not led to mandatory chastity belts for cis men. As seemingly anti-male notions do not lead them to be stripped of their power, agency, and authority across society, they don’t represent oppression — but they do have an effect. The liberation of lowered expectations is a not-insignificant part of male privilege. Think of a father being praised for taking his child out for an ice cream cone where a mother would have been shamed for having fed her child unhealthy desserts, the group of men chatting in the living room after dinner while the two women who happen to be present clear away the dishes, the career woman told that her lack of high heels is “unprofessional” while men’s formal shoes remain not physically debilitating in the long term.

To all those whose gut reaction to someone pointing out injustice in the world is to ask “What did you expect?”, I ask them the same. Should we be expecting so much of women and so little of men? More broadly, do you expect for the horribleness of the world to continue unchecked and unaddressed?

I know that people are terrible and/or thoughtless and that the world is unfair; I suspect that most people calling out injustice know all that, too. We also know that most people are going to behave because there are consequences for not behaving rather than out of the goodness of their hearts. Our outrage is not necessarily, always, or even often an expression of startled inexperience — it represents our effort to raise the social cost of bad behavior.

Answering those who express raised expectations with a “Well, what did you expect?” isn’t a helpful or, often, even a neutral act. It harms the effort to raise the standards for human decency in society by excusing bad behavior as well as condescending to those who are striving for better. Those who don’t want to express raised expectations are free to refrain from doing so. Treating those who call out as if we were expressing naive incredulity, however? It should surprise no one when the question is treated for what it is: a call to succumb to the defeatist attitude that favors silent acquiescence. 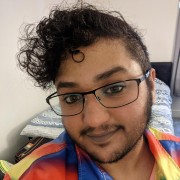 Three Rants About Our Present Situation

Why Yes, Mayo Clinic. Even the Vice President of the United States Can Transmit COVID-19

What Can We Learn from Female World Leaders?