I got a link today to an article from the South China Morning Post about an intersex man. The story is interesting, but the article itself is horrible. They are completely ignorant of intersex people, and as an extension, gender non-conforming people in general.

Yeah, well, that is in fact impossible. A correct title would be: “Man, 66, goes to doctor and finds he has a rare medical condition.” It doesn’t have the same sensationalist ring to it, but at least it is accurate and does not reek of cissexism.

Reading through the article it is clear the man has two relatively rare conditions.

Firstly there’s Turner syndrome, which is when a person is partially or entirely missing one sex chromosome. Meaning they have one X chromosome and that’s pretty much it. Most foetuses with this condition are spontaneously aborted, but some are born alive. The condition occurs in 1 in 2000 to 5000 “phenotypic females”.

Secondly, he has a condition called congenital adrenal hyperplasia (CAH). It is a condition that can cause an overproduction of androgens, male sex hormones, and can cause ambiguous genitalia and masculinisation in people without a Y chromosome. It varies greatly how common the condition is based on race, but it ranges from 1 in 280 to 1 in 15000. There is a condition that affects people with a Y chromosome in a similar way too, androgen insensitivity syndrome (AIS), where one is fully or partially immune to androgens. The effect of this is full or partial feminisation.

Anyway, so back to the article.

About his condition, the article says:

Sufferers [of Turner syndrome] usually look like women, but in this case the patient also had congenital adrenal hyperplasia (CAH), which boosted the male hormones and made the patient look like a man.

This an instance of the “not really a man/woman” trope that leads to the “fake man/woman” accusation trans people often face. We (I’m a trans woman) only look male or female. But we aren’t really you see. It’s all fake. … This is a pretty common form of bigotry we face. Especially in the media. There are numerous medical conditions that can cause a person to lack one or more of the features usually associated with a given gender. People will often then try to erase someone’s gender identity based on it. Especially if you’re a woman, as we saw with Angelina Jolie who recently among numerous sexist and racist remarks had her identity as a woman erased for having had a double mastectomy.

In the case of the Chinese article they also ignore this man’s own wishes and identity as “he has decided to continue perceiving himself as a male and may receive male hormone treatment.” This clearly implies that he has always seen himself as a man, and continues to do so. Of course he is a man. However the article, while quoting the Hong Kong Medical Journal, presumably, says:

The patient, by definition, is a woman who cannot get pregnant. But she also has CAH, which gave her the appearance of a man,” Chinese University paediatrics professor Ellis Hon Kam-lun said. “It’s an interesting and very rare case of having the two combinations. It probably won’t be seen again in the near future.

Seriously? By definition? Sorry, ignorant medical peoples. There is no clear definition of man and woman, as is clearly evident by the range of intersex variations in humans and other animals. Man/woman and male/female are false dichotomies, an artificial binary that is used also in medicine because it is statistically dominant and to an extent practical. However it isn’t that simple in reality. As any other group classification in nature it is a simplistic representation. The problem arises when simplistic representations of nature become so ingrained in the culture that we try to enforce them. Something conservatives and religious people are exceedingly good at.

The medical profession is also guilty of enforcing this binary representation on new born intersex babies, resulting in genital mutilations and life long sexual dysfunction. This is still practised many places. In her book Sexing the body: gender politics and the construction of sexuality (2000), professor Anne Fausto-Sterling discusses, among other things, the biology behind intersex and the treatment of intersex people throughout medical history. It is an excellent book if you are interested in the topic, but it also makes you sad and angry. Another tragic case of confused doctors messing with people’s identity in the name of the holy binary and failed gender theories is the case of David Reiner who accidentally lost his penis during a circumcision and was surgically assigned female. He eventually took his own life.

Just to throw in a last insult at intersex and trans people, with a touch of ableism (several of the conditions can cause disabilities), they just had to add this line:

Normal females have a pair of X chromosomes, while males have one X and one Y.

So, normal females have XX and males have XY? Well, gee, if bigots like this person are the normals, I don’t want to be. May I suggest that you, anonymous “staff reporter”, writer of the article, go fuck yourself — and then perhaps go educate yourself a bit. 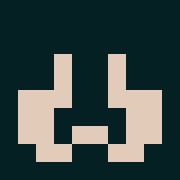 Veronica is a PhD candidate in high energy physics at the University of Oslo, Norway. She loves science, and is a total science-fiction nerd. She's a queer feminist, a secular humanist, and of course a skeptic. She spends most of her free time working for one of the major LGBTQ+ organisations in Norway. She is the editor of the Norwegian Skepchick blog, but also writes for some of the other blogs in the network. She can be found on Twitter as @VeronicaInPink.