The British Medical Journal released a study with the perfectly cromulent title of “Perinatal and maternal outcomes by planned place of birth for healthy women with low risk pregnancies: the Birthplace in England national prospective cohort study”. Damn, that was a mouthful. The full text of the article can be found online, and all the numbers referenced are pulled from their data tables. The authors divide a cohort of women into four categories, dependent upon where they plan on giving birth: Obstetrical units, freestanding birth centers, attached birth centers, and home. The women were all of similar risk factors, with previous cesarean sections, elective cesarean surgery of current pregnancy, presentation of preterm labour, presentation of complicating factors (such as gestational diabetes or pre-eclampsia), or no documented prenatal care being reasons that women were removed from the cohort. From their results section:

In sort of plain English: Women who haven’t ever had children had slightly higher rates of bad things happening to their infant in a home birth setting when compared to a hospital setting, but that midwifery attended births in a center had similar numbers of bad things happening as a hospital setting. For women who have had more than one child (and were classed as low risk), bad things happening to infants were equally rare in all planned settings. Fairly straight forward, and it’s tempting to make some quick judgments about who should be giving birth and where. However, there’s a bit of nuance to be found within the data that seems like it would be worth exploring.

Adverse events within the study were rare, so event categories lumped together mild, moderate, and severe events. This means that:

“…although many of the outcomes included in the composite are likely to reflect problems which occur during labour and birth, their long term implications for the baby are uncertain. For example, although moderate and severe neonatal encephalopathy are associated with development of cerebral palsy and long term morbidity, mild encephalopathy has not been associated with detectable longer term impacts.”

This means that we don’t have a good measure of whether or not adverse events in a particular setting are more or less likely to have long-term effects, or if severe adverse events are more likely to occur in one setting over another.

It’s also uncertain how these findings can be extrapolated to differing healthcare systems, as there are fundamental differences between the way that the UK medical system is run versus the US healthcare system or Canadian healthcare system. So, sorry, those of us in the US – our healthcare system is still especially screwed and I haven’t a clue what to tell you about what science says regarding where we give birth with well trained health care providers.

So, how to interpret this data? Nullip women (women who haven’t had children) have a higher chance for adverse effects! Opponents of home birth have argued that this study supports the position that home birth is never an acceptable option for first time mothers. These critics have gone so far to say that no matter how carefully you slice and dice the data, giving birth at home increases the risk of perinatal death and brain damage.

This data cannot be applied to policy in isolation. The absolute risk factor of perinatal death should not be the sole deciding input on where a woman plans to give birth. All risk factors should be taken into account, and women are allowed to decide which rare risks are preferable and which are to be avoided. Not all risks are equal, nor are all risks apparent.

Amniocentesis is a routine procedure that is done for genetic screening, to check for metabolic disorders, and to screen for neural tube defects. These benefits are generally presented as acceptable for the level of risk involved for the fetus. The risk of pregnancy loss is 60 per 10,000 events. For someone who has an increased risk of genetic abnormalities (older nullip women, women with family histories of chromosomal problems or are otherwise high risk), this risk rate may acceptable. For someone with low risk or who doesn’t want to know, that risk rate may be unacceptable.

If amniocentesis has an acceptable risk of loss, for birth at home to be unacceptable, we would expect the risk of perinatal loss to be higher. This is not the case. The increased risk rate for perinatal death in a planned home birth as derived from this study is 8 per 10,000 in nullip women*. It seems as if the risk of giving birth at home is within standard tolerances for beneficial medical decisions, no?

Birth within an obstetrical setting isn’t a risk free choice, either. As noted in the study, intrapartum cesarean section rates for planned obstetrical births were 111 per 1000. The rates for planned home births were 28 per 1000. The authors don’t break down the division of nullip women versus multip women receiving intrapartum cesarean surgery, but the study’s rates can explain why a nullip woman may choose a planned home birth versus a planned hospital birth. Risks associated with cesarean surgery that expand beyond the immediate pregnancy are not addressed within this paper, but there are risks for decreased fertility, placenta previa, and uterine rupture for future pregnancies.

Nullips who are choosing to pursue a planned home birth instead of birth in an obstetrical setting are not choosing to pursue an increased risk of perinatal mortality versus no risk, but instead are choosing which risks to take on and which to mitigate. In either setting, the likelihood of poor outcomes are rare, with some outcomes containing long-term risks and others containing short-term risks.

It’s exciting to have good data and good numbers with which to work when making decisions about something as emotionally charged as birth. However, the temptation to look only at specific outcomes and adopt a very black and white attitude towards interpretation of results ultimately is a disservice to people seeking guidance and attempting to make informed decisions based on science based medicine. And, at least within the UK healthcare system, it seems as if there are many viable alternatives to obstetrics attended birth for low-risk women.

*As Henci Goer of Science and Sensibility notes, the confidence interval for this particular measurement overlaps, which means that we don’t count the 0.8 per 1000 as statistically significant. But for the purposes of our discussion, we’ll pretend that there is a real difference and go from there. 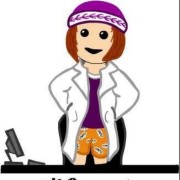 Michelle is an aspiring cat lady and managing editor of Queereka. Only one of these causes her partners to have much chagrin. She lives next to the most phallic water tower in the United States and occasionally gets paid to play with pregnant ladies and their families while she goes to school to become a nurse. She also has an unhealthy lust for infectious disease and vaccines. You can follow her on twitter at @MerrieMelodyxx for updates on her obscene coffee and whiskey habits.