Today is Transgender Day of Remembrance. Since 1999, the trans community and their allies have come together this day each November to remember those we’ve lost to acts of anti-transgender violence.

I’m not entirely sure to what extent TDOR is known or recognized outside of our own community and our immediate allies, but it tends to be something of a big deal. Vigils and marches are held in cities throughout the world, and it serves as one of the few opportunities to draw attention to the degree of violence and hatred that is still directed towards people on the basis of gender identity and gender expression. It is also one of the only days that is for us and only us.

There are a few things that unfolded this year that have had me thinking about these things a bit more than usual. Things that I would much rather hadn’t happened. All things considered, TDOR is the kind of day that you hope will one day cease to be meaningful. Sadly, this year it is quite meaningful.

Last winter, six trans women were brutally murdered in Honduras. Over the summer, another spree of violence directed towards trans women took place in Washington D.C. The first victim was Lashai McLean, who was fatally shot.  Shortly afterward, another trans woman was shot at in the same neighbourhood, but managed to escape.  Later Lashai McLean’s memorial was burned in an act of arson. In August, a drunk off-duty police officer fired his gun into a car containing three trans women and two male friends. Finally, in September, Guarev Gopalan was found murdered, and had been presenting as female at the time of death. All of these events occurred in Washington, D.C, all in the space of one summer.

Meanwhile, a documentary entitled My Transsexual Summer is currently being aired in the UK. The subjects are complaining of being strongly misrepresented, and receiving zero financial compensation. I can’t help but hear a darkly ironic echo in the title.

I suppose a question with these kinds of things is often why exactly one should care beyond simple respect for the deceased and ongoing commitment to working against bigotry in its many forms. How does this relate to those beyond the immediate consequences?

Part of it is the internalization of fear by the rest of us. Our lives begin to become defined and restrained by it. In much the same way that women may often internalize fear of sexual assault and lose luxuries such as the ability to walk around after dark without needing to be constantly attentive of their surroundings, keeping keys clenched in their fist, trans people end up losing similar luxuries of being able to feel safe in many circumstances.  Our lives become limited by that fear in very real ways. It becomes a force of social control that keeps us quiet and invisible. We desperately strive for “passability” far beyond what is simply comfortable self-expression out of awareness of the very real dangers that come with being visibly gender variant. I don’t really like painting my nails all that much, but every little bit helps.

Part of it is that this affects people beyond those who fall within the transgender spectrum. It is essentially about policing the lines of gender. Using violence and the threat thereof as a means of imposing very real consequences for those who transgress the carefully delineated paths afforded to those born with certain particular anatomies. It marks in blood a line that you may not cross. This confines all of us. Male, female or neither, cis or trans, straight or queer, binary-identified or not, we all end up boxed into a coercively defined destiny based on nothing more than the configuration of one particular body part.

Furthermore, the overwhelming majority of victims of trans-related violence are women. This sends a strong message that it is unacceptable to value femaleness or femininity, or to consider these states preferable, empowering or fulfilling. MtF spectrum individuals embody a fundamental challenge to the assumption of male superiority. Who could possibly be happier as a woman than as a man? Who would want to trade the almighty phallus for the lowly vagina? Along with using violence and fear to enforce a gender binary, it uses the same to enforce patriarchy.

These messages are internalized into our culture. They mean something very, very real. There are untold many who remain in their prescribed gender roles only out of fear of retribution.

But this day isn’t about gender theory or politics or the struggle forward for the living. It is about recognizing, remembering and respecting those we’ve lost. But a big aspect of respecting them is to recognize what it is they died for. They sacrificed their lives for the idea that all of us, regardless of where we fall within the various spectrums of gender and sexuality, can express ourselves and exist exactly as we are, exactly as we feel ourselves to truly be. They died to build a world where we needn’t live in fear and compromise, where we needn’t apologize for our gender. Where our identity is our own. Where biology is not destiny.

So if you get a chance today, please take a moment to pause and think, or to grieve. Perhaps light a candle. Perhaps reflect a bit on the freedom that you may enjoy to express your gender in a manner that is honest and comfortable, or reflect on those who may not yet have that privilege. Perhaps reflect on how valuable and meaningful that is, what it is to feel at home in your body.  Remember that it is something that some people have given their lives for. 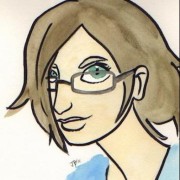