According to Publishers Weekly, the upcoming NewSouth Books edition of Mark Twain’s seminal novel, Adventures of Huckleberry Finn, willÂ no longer include anyÂ instances of the wordÂ “n****r” in the text. Instead, it will be replaced with the wordÂ “slave”. The new edition will also no longer includeÂ the word “Injun”.

This endeavor to PC-ify Huck Finn is apparently being ledÂ by Twain expertÂ and Auburn University at Montgomery English Department head, Alan Gribben, whoÂ claims itÂ is not an attempt to neuter the classic but rather to update it.

â€œThis is not an effort to render Tom Sawyer and Huckleberry Finn colorblind. Race matters in these books. It’s a matter of how you express that in the 21st century.”

I can’t wait for the version with the rapping river boat captains, or the version where the Widow Douglas and Miss Watson sign on as a couple of skank ‘ho’s on The Bachelor.

Now, I understand fully theÂ horrible historyÂ associated with the word “n****r”, and I despise the arrogance, ignorance, and stupidity of the feeble-minded assholes who would use it to dehumanize another person. And I’m not suggesting, in any form or fashion, that we should throwÂ the wordÂ around frivolously. But that’s not what Huck Finn is about. In fact, it could be argued that the lesson of Huck Finn is the exactÂ opposite.

But here’s where we, as critical thinkers,Â run into a problem. It’s not always easy to apply skepticism to subjective enterprises, like art and literature. Things that are interpretive don’t always have concrete answers. Can we be sure of the intent? How do we measure the impact of the novel in it’s original form on the reader? Can we show that diluting the language would lessen the impact?

With even a little research, we can see that Twain’s book has been one of the most misunderstood novels of all time. Many readersÂ insist itÂ perpetuates the prejudiced attitudes it is criticizing. And as it’s a work of literature that doesn’t come right out and say “This book is meant to illustrate how bad slavery/racismÂ really is,” how confident can we be saying that that was not the intended impact?

On the other hand, some sayÂ removing the supposed offensive languageÂ couldÂ eleminate the controversy and put the book into the hands of kids who would not otherwise be allowed to read it because of overprotective parents andÂ short-sighted school boards. Can we say with any confidence that the impact of a doctored version would be any less than the unaltered version?

WhenÂ it comes to the subjective, once we get past opinions, there justÂ isn’t a lot of substance to sink our skeptical teeth into.

But what of censorship? IsÂ that 400 lb gorilla big enough to overshadow theÂ other issues? 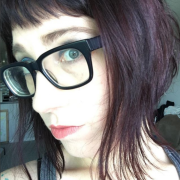