I’m finally back from my super-fun two-week jaunt around the US, during which I attended SkepchiCon at CONvergence in Minneapolis and then The Amaz!ng Meeting 8 in Las Vegas.

Meeting so many new people, including a lot of Skepchick readers (hello!), and bonding with my fellow Skepchicks made me long to get to the next big skeptical event: Dragon*Con, held Labor Day weekend in Atlanta. I went last year and loved the way skeptics are actually able to reach out to fellow nerds at D*C. I figured it was out of the question this year, though, because I couldn’t afford the flight from London.

Then Maria had a brilliant idea: a virtual bake sale to raise the money to get me to ATL! We’ll auction a few items so that you get cool stuff while I get to attend Dragon*Con, do some outreach, and host Maria’s Star Party (a big success last year raising money for the American Cancer Society in honor of Jeff Medkeff, who once named an asteroid after me).

We’ll be using the eBayz to auction off several items through the Women Thinking Free Foundation, which was set up by Skepchick Elyse to do awesome things in Chicago like fighting anti-vaccination misinformation. Your winning bid will go toward a plane ticket and hotel room for me, and if we happen to raise more than we need then the rest will go to the WTFF.

More items will be announced here on Skepchick as they go up for auction, so stay tuned! 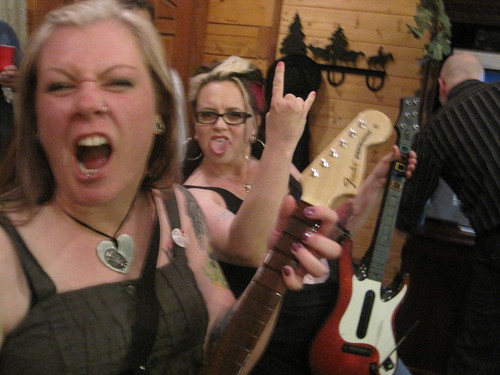