I have heard the argument that almost all skeptics eventually become atheists. While a

majority of critical thinkers do seem to end up along the path of the godless, after this weekend I can now say without a doubt that the equation clearly need not work the other way.

I just returned from the Atheist Alliance International Convention (AAIC) in Burbank California. I had a vendor table and sold my atheist, skeptical and science inspired Surly-Ramics and luckily got a chance to hear some fantastic speakers. I particularly enjoyed the physics and planetary science talks by Lawrence Krauss and Carolyn Porco and I got to go all fangirl over PZ Myers and Eugenie Scott (I heart them both).

Surprisingly, I spent a large majority of my time passing out Skepchick stickers and explaining what a skeptic is. It seems the majority of atheists aren’t much familiar with skepticism or the skeptical movement at all. I gotta say I was a bit surprised, but this in a way may explain the choice of Bill Maher as an RDA award recipient at this years event. I briefly discussed this award in an earlier post.

I had always assumed that atheists arrived at their views by way of a critical thought path. 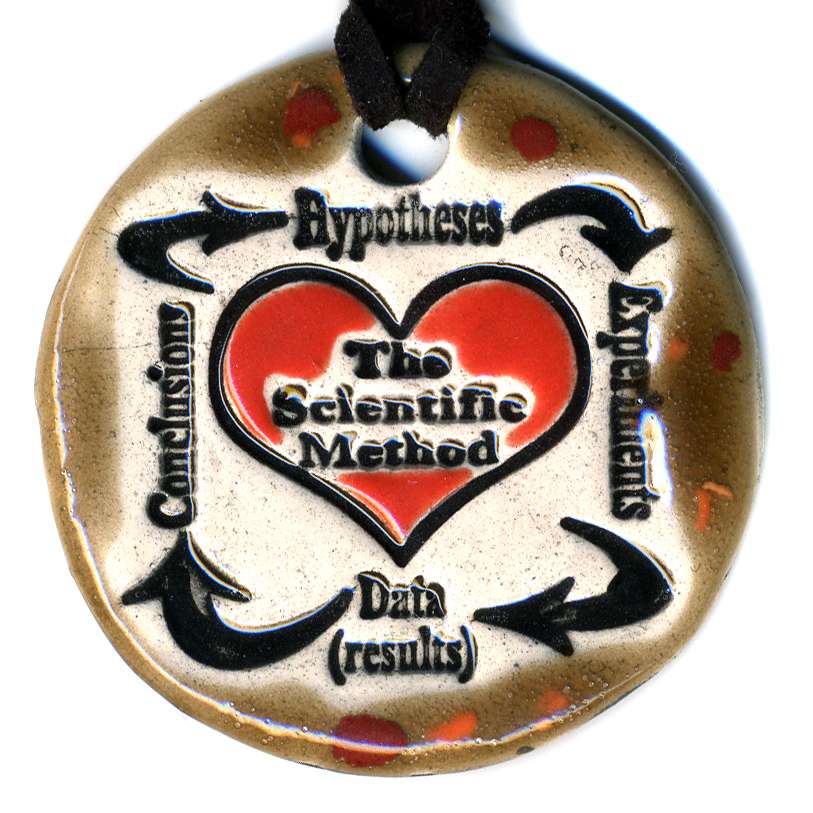 Utilization of logic and reason had concluded that this type of magical thinking was absurd and that science and more specifically, the scientific method could be and should be used to explain the world around us and used to make decisions to the best of our ability. What I realized at this event is that a large portion of atheists have become so in a reactionary sense. They have realized for a multitude of different, sometimes logical, sometimes emotional reasons that religion is not for them, and that is where they have stopped along the critical thought path. Bill Maher seems to fit that exact mold. He realizes that religion is illogical and irrational and anti-science and he concludes this is a bad habit that the world needs to break free of, but then he simply refuses to apply rational thought to any of his alternative medicine or conspiracy claims. He has (sorta) followed the path of logic and reason to atheism (kinda) but that is where he set up his lawn chair and put on his dark sunglasses and refused to look further.

I saw a lot of similar mind sets with the crowd at AAIC. There were a lot of wonderful, kind folks who had come to celebrate the loss of their religion for a multitude of worthy

reasons. They had also come to be part of a lovely social circle of other kind, like-minded people. The majority it seemed, were pleased to have Richard Dawkins present the RDA Award to Bill Maher. They justified this simply because he is one of the few voices raised in defense of the atheist movement, a movement that has many more critics than it does champions and these champions deserve celebration. The skeptics in the room were from a different, rationalist perspective and were disappointed in the award choice as we all know that scientific thought and especially scientific awards should be held to a higher standard. We were a polite minority.

This past weekend was a learning experience for me. I realized that there are many road blocks on the path to rational thinking and there are many people with a somewhat subdued desire to learn. I am hopeful that we as skeptics can find ways to encourage those who have thought just a little, to be critical a little bit more.