Despite the fact that I haven’t had much of a voice since TAM back in July, I will continue to not shut up tonight at 11pm ET, when I will be on The All-American Gun Show. You can listen on their web site.

These are the guys who are organizing Skepticon, which I’ll be attending in November. Once again, they need money! Help them out with a donation.

I also recently appeared on the Amateur Scientist live podcast from Dragon*Con, which you can listen to here. Maria was on as well, and she swapped my water for vodka and forced me to say awful things. It was terrifying but I hope you enjoy the result.

Finally, I was considering posting a parody of conspiracy theorist/actor Charlie Sheen’s fake interview with President Obama, which I would call 20 Minutes with the President, by Bigfoot, in which Bigfoot grills Obama about the government’s role in covering up evidence that Bigfoot exists. But then I got bored and made this instead: 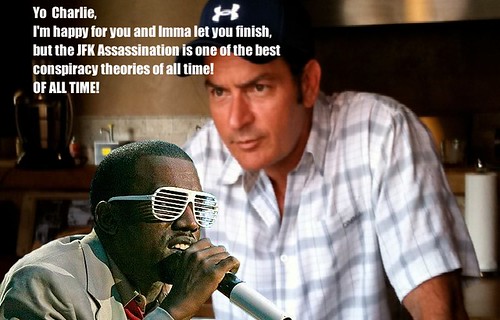