In my favorite Ig Nobel-worthy study of the year (thus far), researchers at University of Virginia have completed a study suggesting that viewing or interacting with something adorable may improve your physical performance on certain tasks(PDF). Sweet! 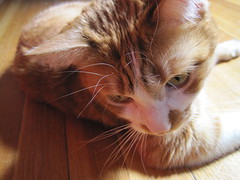 In Experiment 1, 40 women individually played a game of Operation in which they had one chance to remove each of the body parts without touching the tweezers to the sides and making the wacky buzzing sound and blinking red nose that indicate your patient has tragically died on the table. They were then randomly assigned to look at images that were either of low cuteness (dogs and cats) or high cuteness (puppehs and kittehs). Finally, they played one more game of Operation.

The women in the high-cuteness group showed significantly greater improvements in their performance of the game than those in the low-cuteness group.

The experiment was then repeated with 23 women and 33 men, using new photos in an attempt to control for non-cuteness factors such as interest and emotional power. The results reinforced the first study’s findings that those exposed to super-ultra-anerable images performed much better on the game. 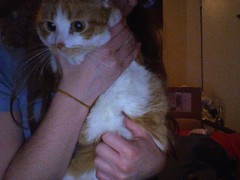 The study’s authors recognize the improved game performance as an increase in carefulness, suggesting that “cuteness not only compels us to care for cute things but also prepares us to do so via its effects on behavioral carefulness.” Because the researchers ensured that each group of participants felt the same emotions, and because they had the participants fill out self-evaluations of their emotional states before and after the tests, they were able to show that cuteness doesn’t just make you feel good (which would in turn make you perform better), but cuteness actually directly improves your performance. They write:

Our finding suggests that the tenderness elicited by something â€œcuteâ€ is more than just a positive affective feeling stateâ€”it can literally make people more physically tender in their motor behavior.

This would make sense from an evolutionary standpoint â€” seeing your prosh little baby would cause you to act with more care, thereby increasing the likelihood that the little spawnling would reach adulthood.

And how might this affect your day-to-day life if you’re not raising a bebbeh? Well, I read this study during the very same lunch break in which I saw this amazing baby sheep picture at CuteOverload. That photo is now my desktop background, so every time I minimize a window I’m that much more likely to exercise extreme care in my work.

As a follow-up study, I’d like to see a chart breaking down the effectiveness of each of CuteOverload’s Rules of Cuteness. For instance, are people more likely to be careful after viewing Rule #6 (acting like people) compared to those viewing Rule #20 (showing of paw pads)? Or in pictorial form: 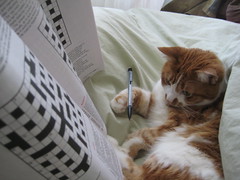 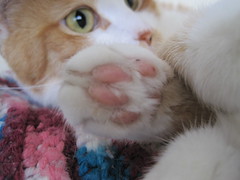 I’m sure you’ll all agree, this research is critical to the continued growth of the human race.

And yes this mostly was just an excuse to post totally snorgable pics of Dr. Calimari and Cpt. Infinity.

(PS: thanks to my buddy Wendy for tipping me off to this study!)