Well, the biggest Skeptical party to ever hit my town (as far as I know) is over. I’m a little sad but also very, very excited. I’ll get to that in a minute. First, a brief overview of what happened.

For those of you who don’t know, Dragon*ConÂ is a huge fantasy/science-fictionÂ convention. It’s probably only second to Comicon in San Diego in size and it grows every year. This year, it took control of four full hotels and all of downtown Atlanta. For three days, the city is full of stormtroopers, Klingons and superheroes. It’s geek Mardi Gras and it’s fantastic. A few years back, D*C started a Science track and that, through various convolutions, led to Skeptrack. Read the rest of the recap after the fold. All my photos are hereÂ and I’ve put a few inline as well.

Run by Derek Colanduno from Skepticality, Skeptrack was 3 days of panels and talks by a host of skeptical luminaries including James Randi, Phil Plait, Michael Shermer, DJ Grothe, Michael Stackpole, Lori Lipman Brown and many others.

Dragon*Con Skeptrackwas like TAM in the midst of Ewoks. It simply isn’t enough to say it was fantastic. As A.Real.Girl would say, it was made of awesome. Supersaturated in awesome until awesome was crystallizing on it.

It’s something of a blur, to be honest. Even the sober parts. I intended to blog day-by-day at the Skeptrack site but I simply couldn’t do it. Tracks went from 10 a.m to 11 p.m. and then there was serious skeptical partying to be done. So I can’t give you a blow-by-blow account but I will tell you some of my personal highlights.

The weekend before D*C, a group of us (including fabulous fellow Skepchick Carr2d2) went down to Destin, Florida and had a fantastic time in spite of the tropical storm.Â  All those photos are here but here’s my favorite:

Every time I attend a skeptical convention, I end up falling in love with the brains and brawn of someone new. This time, my two crushes were:

Because of the format of Dragon*Con, there were quite a few people who were not self-identifying skeptics who were there to see other aspects of the con but who got an intro to Skepticism. I got to witness a few moments:

I think just having someone like Jason realize that skepticism and skeptical issues really do have impact in his own life was a huge win and it’s one of the many reasons that we should all talk about skepticism and skeptic issues in our every day lives. Most people don’t even realize how real these issues are and how applicable they are to real life. I’m going to get him a copy of Shermer’s “Why People Believe Wierd Things.” Anyone have other good skeptical primer books to recommend? I like Wiseman’s “Quirkology” too.

I didn’t spend a lot of time at non-skeptic events but there were a few fangirl moments:

Dragon*Con is all about costumes and there are always the usual round of transformers, wizards and stormtroopers. I love the particularly unusual ones: 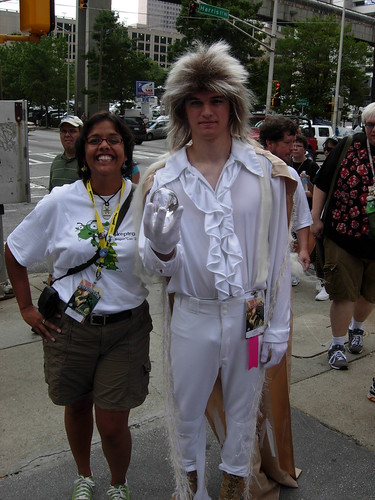 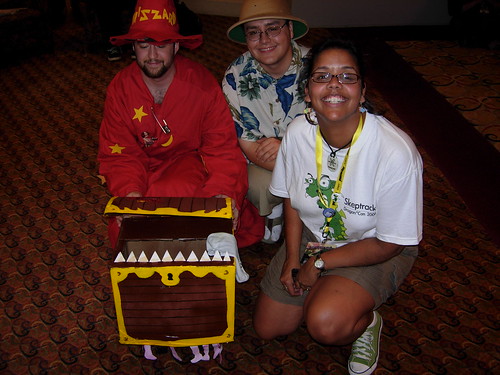 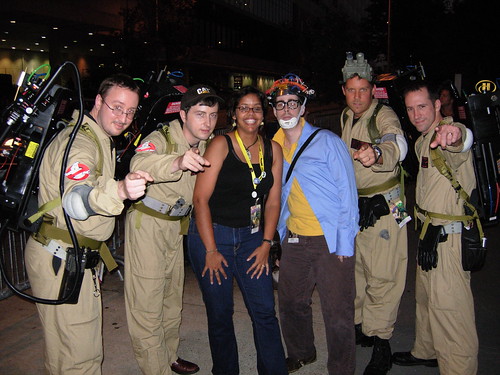 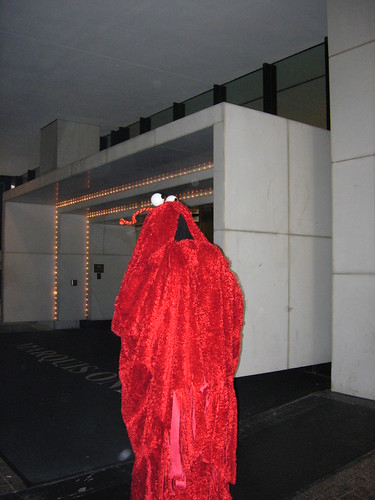 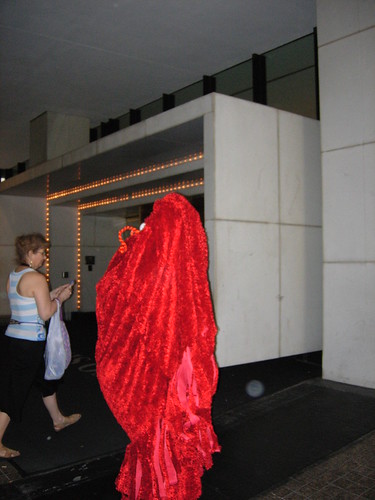 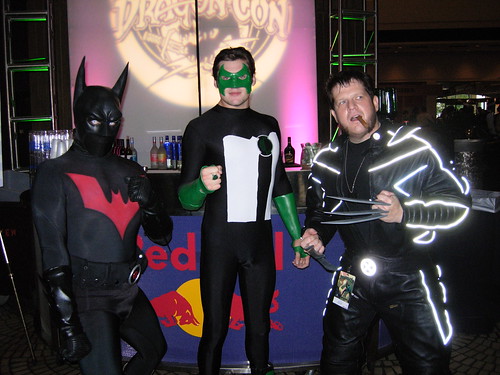 It’s the wrong Batman, I know. But I have no doubt this will trigger another round of comments on that thread. 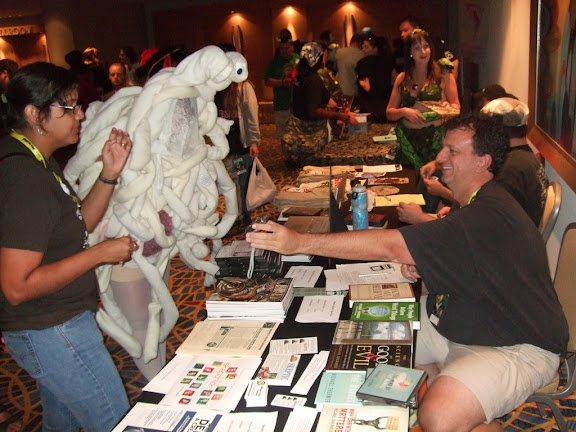 Skeptic panels went from 10 a.m. to 11 p.m. so we were pretty booked the whole weekend. But before, in between and after, we did of course, gather to drink and talk and catch up with our old friends and make new friends. 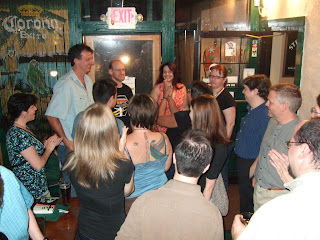 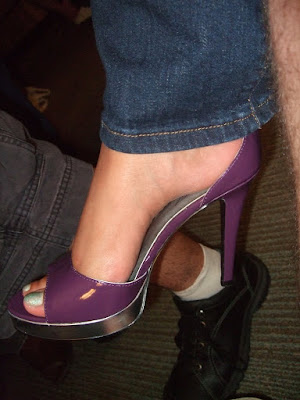 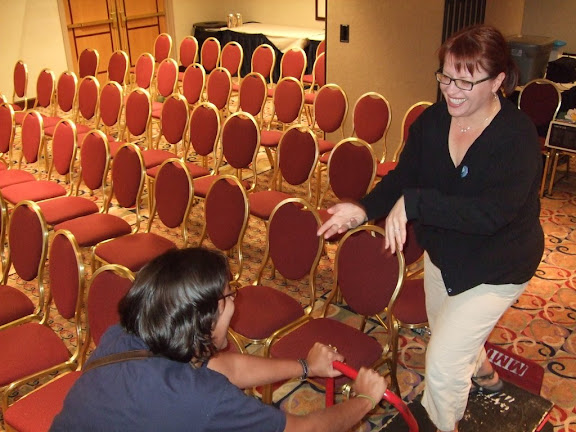 I do have a few regrets and they are all about not having enough time:

But overall, regrets are minimal. I’m sure I’m forgetting something but I’ve been rambling enough. D*C is over now and we are all trying to adjust to getting back to the real world (everyone seems dressed wrong). I’m sad that the partying is over but I think the best realization that I had this weekend was that there are more skeptics out there than I realized. Almost every session at Skeptrack was completely full or overflowing. We will definitely need a bigger room next year. Skepticism is alive and well and getting really rave reviews. Our speakers were treated like rock stars, as they should be and we’re so lucky to have these amazing role models. In two weeks, we have Skeptics in the Pub in Atlanta and we’re discussing putting together a Skepticamp. We have the numbers to make it happen and although I’m sad that Dragon*Con is over, the next big thing in skeptical events is just around the corner. Go check the events calendar, find a meetup, get online. Make it happen. It’s easier than you think.