This is a total plug for my buddy Matt. He’s a sweet, smart, funny fellow who recently decided to follow his dream to open his own science store in his hometown of Philly. Spectrum Scientifics now has an online store as well, so I’m going to encourage you all to bookmark it and give him some love the next time you need a carnivorous plant, a telescope, or a robot. Yeah that’s right, I said a robot. That’s how much Matt rocks. Or how about a nice slice of agate for mom tomorrow?

On another note entirely, I happened by the most recent protest of Scientology today as an anonymous crowd marched from the CoS headquarters down Newbury Street to Copley Square, where there was much dancing, merrymaking, and educating. Many of the protesters brought pamphlets, and I overheard a lot of people on the street and in the Square talking about the Fair Game and xenu.net. Photos are up on Flickr. 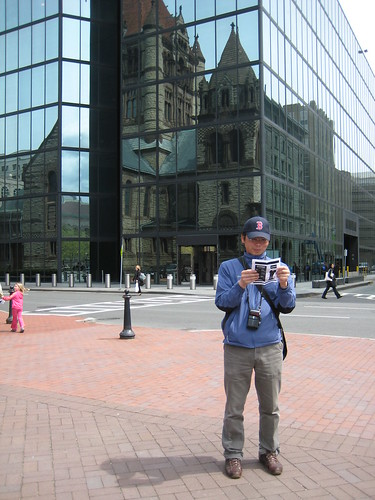