It has recently come to my attention that we had a bit of a kerfuffle here on the Skepchick blog, regarding an apparently homophobic comment made by Sam in his post, “A Fool and His Monkey are Soon High-Hatted.” I read the post and the follow-up responses, and I immediately felt as though Sam’s comment was completely innocuous, and that a few people were just overreacting. However, I realize that I am a relatively heterosexual woman who might not be as sensitive to homophobic language.

To remedy this and offer readers as balanced a view as possible, I took it upon myself to seek out a homosexual person and gauge his or her response. After literally minutes of searching, I was alerted to the fact that a very good friend of mine happens to be an actual, living, breathing gay guy. My question to him and his response follow after the jump.

Recently a few Skepchick readers expressed alarm at a post that included the following in regards to the Catholic pope: â€œDonâ€™t we just have to laugh at a man who wears a dress in the service of an invisible being and who wields that kind of power? Itâ€™s too scary not to.â€ The readers felt the comment was â€œhomophobic.â€ As an actual gay man, could you possibly comment on this for the benefit of our readers as well as bloggers?

The full response from Aaron (gay):

guys, it’s totally cool…and, yes, ‘guys’ is a collective noun including women. get over it.

So there you have it. Please feel free to comment below with additional questions for Aaron, or “pinkisthenewskeptic” as he’s now known on Skepchick.

Or, if you don’t have questions for Aaron but you do have an opinion about how we can improve Skepchick in terms of tone, subject matter, or amount of snarkiness, please let us know. We joke, but we also really do want to know what you like to read here and how we can keep making things better. We’re still tweaking things, and I have several changes coming soon based on your feedback.

Thanks, and thanks again to Aaron, actual gay guy, for being such a sport! 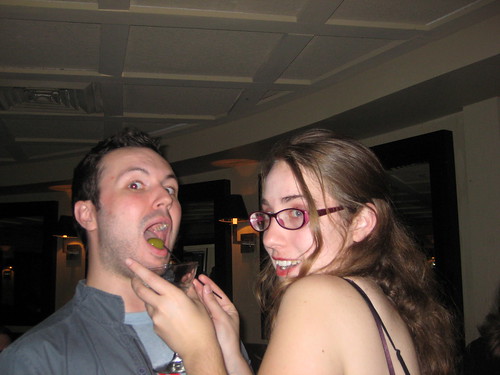