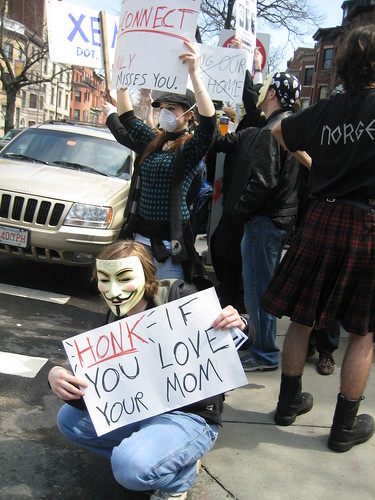 Today in Boston a few hundred masked protesters gathered to tell people about Scientology’s Disconnection Policy. They started on Beacon Street in front of Scientology’s Boston headquarters, then marched up Newbury Street, through the Public Garden, and on to Boston Common. There, they gathered around the gazebo to hear two ex-Scientologists tell their stories of escaping a cult. Whether you agree with Anonymous or not, it was pretty clear they captured the public’s attention and got people talking about Scientology. More pics after the jump and on Flickr. 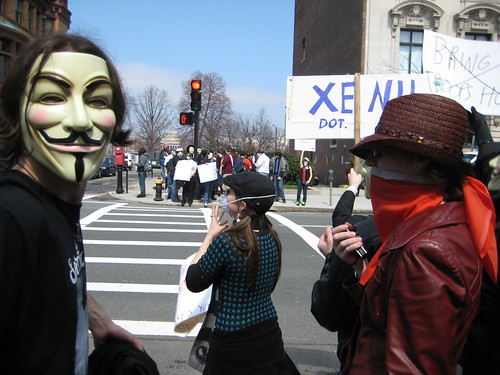 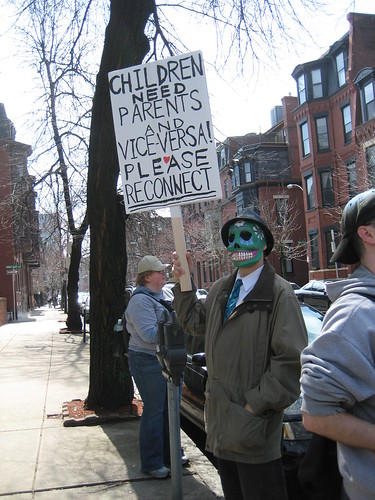 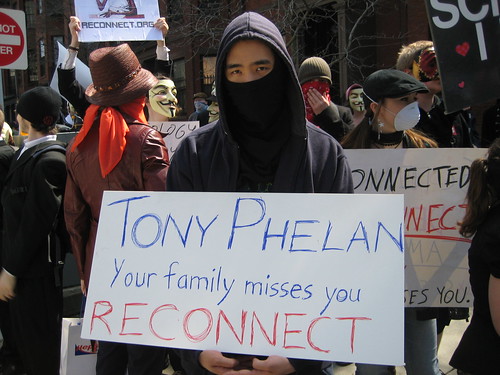 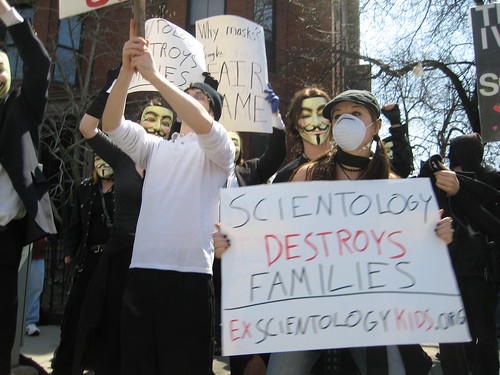 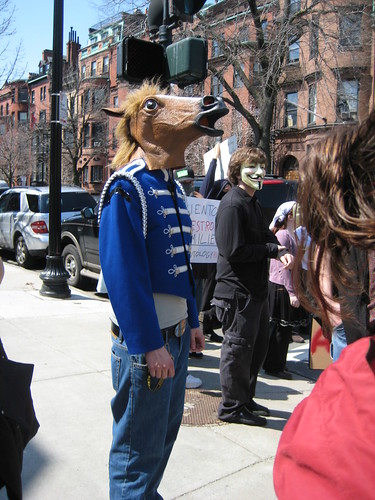