(Cross-posted from my Talent Quest blog)

I normally prefer to spend my Saturday nights like most people — 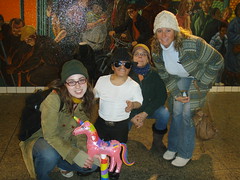 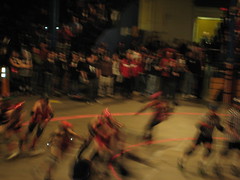 or dying my hair purple. 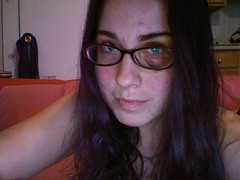 At least, that’s how I spent my previous three Saturdays. Tonight I had many options, most of which included drinking and dancing, but instead I’ve chosen to order in Chinese and edit together a public radio pilot episode (with so, so, so much help from John, whose expertise was indispensable during the last round of PRTQ).

Sure, it may not provide as much good Flickr fodder, but it’s still plenty of fun. Seeing (or hearing) everything I’ve been recording coming together at last is pretty cool, and I’m looking forward to the day when I can finally slap a stamp on it and send it on over to CPB.

For those who are interested, here’s a list of some of the tools I’ve used during this process thus far:

A Marantz PM660 Digital Recorder
I like to carry this around in my messenger bag. It’s small and lightweight, and can record a ton of professional quality audio (in fifty years this sentence will appear in a museum as an artifact of how silly people were back then, carrying around bricks to record high-quality audio instead of using their cybernetic eardrums…like when we see cell phones on TV shows from the early ’90s).

An Audio-Technica Stereo microphone
I have a few mics now, thanks to friends giving me very thoughtful pressies (and special thanks to my friend Chris and his peeps at Guitar Center for being very helpful). I used this mic for some stuff, and then picked up a mono Sennheiser to record a bunch of other stuff, like the psychic fair.

Audacity
This is a free program that works with Macs and PCs. It’s easy to use and free, and did I mention it’s free? Because it’s free. I use it to chop up recordings, cutting out the clips I need and pasting things together.

Adobe Audition
John is using this fancy schmancy program to do the final edits. It appears to be quite powerful though I have no idea how to work it. It costs money. The pilot could probably be completed without it, but is that a world you want to live in? No. No it is not. (I’m very tired right now.)

A Digital Camera
Sure, you could probably put together a pilot without a digital camera, but I wouldn’t recommend it. I mean, it won’t help with the actual radio show, so much, but it’ll spice up the blog entries you write about doing a radio show. 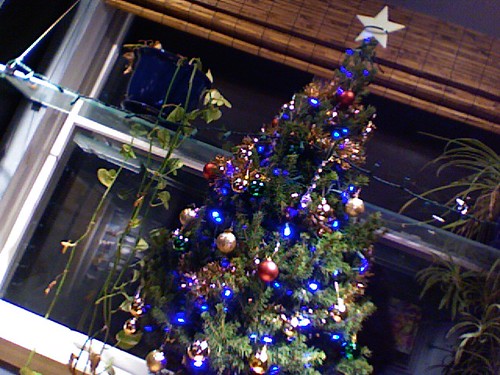 Also we trimmed a tree tonight.