The soundbite. I sincerely believe that the mastery of the soundbite is precisely why the pseudoscientists are doing as well as they are. Witness, if you will, the response of the scam artists to a letter signed by doctors stating that homeopathy is utter crap:Ã‚

I think what this suggestion amounts to is a form of medical apartheid: any therapy which can’t trace its origins to what is called the biochemical model should be excluded from the NHS. 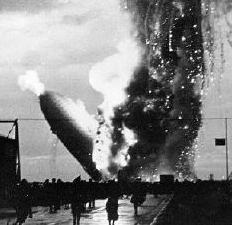 So says Dr. Peter Fisher, clinical director of the Royal Homeopathic hospital,Ã‚ as quoted by the Guardian. So, 13 of England’s top doctors urge the NHS to stop encouraging the use of WATER to treat diseases, and this bastard has the balls to use a charged word most commonly used to describe severe racial segregation and bias. What’s next? Would throwing a bunch of “homeopathic remedies” in a fire be considered a medical Hindenberg? Maybe we should retort in kind, but we don’t say things like that, because we’re mature, rational, and intelligent people. Well, most of us are, but I’m not so I’ll take one for the team. Quote this, Guardian:

Practitioners of homeopathy believe that a single drop of a substance in all the oceans on the planet Earth is enough to cure disease. I think what this suggestion amounts to is a form of a medical 9/11: a sneaky attack on our well-established base of knowledge by a bunch of misinformed zealots who end up killing innocent people.

How did I do? I’m taking lessons from the best, I think.

Here’s another great quote, from the Daily Mail:

It’s very frustrating that senior responsible people dismiss complementary medicine for the sole reason that it doesn’t have the definitive scientific proof that other drugs have.

I know what you’re thinking — you’re thinking that I totally made that up. Nobody is so stupid that they would admit in a newspaper that you don’t need proof to prove something works. But, you’re wrong! Somebody is that stupid, and that somebody is Terry Cullen, chairman of the British Complementary Medicine Association. Sadly, Terry is only runner up in the Skepchick Blog “Stupid Jerk of the Day” award, since that honor clearly belongs to Dr. Peter Fisher, the “Pol Pot” of intelligent inquiry.

Thanks to nsetzer for the heads up on this story!