I was taking another look at my favorite blog resource, iVillage, this morning. I once again found the blog of the self-described Grrl Genius, this time reporting on the launch of a new chocolate bar marketed to be healthy.

I don’t want it to seem as though I’m just constantly picking on this woman, but it just so happens that she’s shilling for yet another product targeted toward women making some pretty crazy claims. Let’s all get one thing straight — no matter how much you wish and pray and hope, chocolate will not become a health food, just like Cookie Crisp will never become an appropriate choice of cereal for a full-grown adult. I’ll give you a second to think about that and come to terms with what it means.

Scientific studies have conclusively proven not only that the flavanols in chocolate lowers bad cholesterol and chocolate is also rich in cancer fighting antioxidants, but more importantly, it is an effective mood elevator for women.

So the problem arrives when you start chucking a bunch of fat, sugar, and milk into the chocolate to make it deliciously edible. Even drinking milk with dark chocolate may negatively affect the flavonoids. Any benefit you do get from the flavonoids in chocolate is very likely to be negated by the resulting weight gain you experience from your new “healthy” diet.

Amazingly, according to this New York Times article from last October, Mars (the maker of CocoVita) recommended (or may still recommend) that people consume at least two servings a day of their chocolate bars. That can mean up to 280 calories a day worth of chocolate, just to extract the same health benefits of a zero calorie cup of green tea.

From the New York Times article:

“This was never about, ‘How do we sell more chocolate?’ ” he said. “We just happened to start with chocolate because we had intellectual property around cocoa. Over time we will look to fulfill the needs of our consumers that expand well beyond chocolate.” 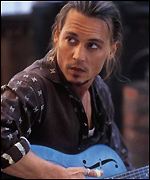 Now, I don’t want to say that Mr. Cass is a god damned lying ass clown, because that would be mean and possibly lawsuit-worthy. Instead, I’ll merely question his statement and put forth my own hypothesis, that it was always about, “How do we sell more chocolate?” Or to be fair, maybe it was always about, “How do we make more money?” Because it’s a business, and that’s what businesses do. I just wish they’d stop their sneaky misleading anti-science bullshit to do it.

By the way, before you call me some sort of nutrition Nazi, I’d wilt and die without chocolate. Eat your chocolate. Just don’t confuse it with health food.